Awards and Events 441 Add to collection

Agency takes home the win for the sixth consecutive year 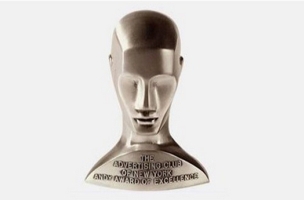 Leo Burnett was the most awarded agency network last night at the 51st annual International ANDY Awards. In addition to the sixth consecutive Network of the Year win, Leo Burnett London received the prestigious Richard T. O’Reilly Award for Outstanding Public Service for its ‘Suffocation’ campaign for the Karma Nirvana charity.

‘Suffocation’ also won three gold ANDYs in the Not for Profit/Public Service division in the Direct Response, Magazine and Promotional Items categories.

The ANDYs wins are the latest in what has been a banner year for the Leo Burnett network globally, with Network and Agency of the Year wins at Dubai Lynx, AdFest, Young Gun Awards, Creative Circle and the AWARD Awards, solidifying the agency’s status as the number one creative network in the MENA, Asia Pacific and Australasia regions.

“The ANDYs set the bar for the annual creative award season, and with a famously tough jury, it’s always a high standard,” said Mark Tutssel, Leo Burnett Worldwide Chief Creative Officer. “On top of that, it’s a show dedicated to celebrating bravery, so I’m delighted with our performance and the incredible start we’ve had to the year.”