Awards and Events 539 Add to collection

“Join the most creative community in the world.” 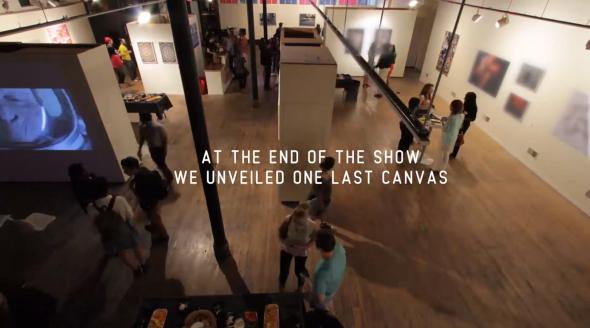 For some, advertising represents excessive consumerism and misconstrued promises, rather than thoughtful creativity and inspiring art. But what if advertisements were stripped of the very thing that made them ads? Leo Burnett Chicago tackled this misconception to prove that advertising is one of the most creative pursuits, period.

In the exhibit Le Communique Art Show, advertisements were stripped of logos and presented as art to unsuspecting college students. At the end of the show, a final canvas revealed the truth and read: “Join the most creative community in the world.”

The work won Leo Burnett Chicago first place at the 4A’s TruthBrief Competition, which challenged creatives to improve perceptions of the ad industry in order to attract young creative talent. The idea, created by creative director, Nuno Ferreira and associate creative director, Ryan Wolin presented advertising as an opportunity to contribute something meaningful to the world and an industry where young talent can reach their creative potential.

Client/Ad or Campaign: 4As American Association of Advertising Agencies