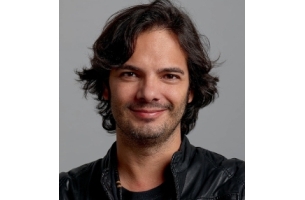 Today, Leo Burnett USA has named Marcello Magalhaes its new chief strategy officer. Most recently a partner and VP of strategic planning of Leo Burnett Tailor Made in Sao Paulo, Magalhaes will partner with Leo Burnett CEO Rich Stoddart to drive the strategic direction of the U.S. agency and oversee the agency's strategy department. He will also serve as the global strategy lead on McDonald's and work across the agency's portfolio of clients. He'll start in his new role in March.

"During his five years at Leo Burnett Tailor Made, Marcello's proved that he can rightly guide clients, grow an agency and inspire employees," said Stoddart. "He's what our agency and clients need today. He was a change agent in Brazil, and I know he'll bring that same mentality and passion to Chicago."

In Sao Paulo, Marcello worked with brands including Samsung, Fiat-Chrysler (FCA), Brasil Kirin, Carrefour, Disney and Jeep. He was also the strategic lead on Effie-winning campaigns including ABTO "Bentley Burial," P&G "Grubby Bra" and Vitoria F.C. "My Blood Is Red and Black." In 2015, Marcello was named Planner of the Year at the Caboré Awards, the industry's most prestigious award in Brazil.

"Since its infancy, Leo Burnett has always set new and challenging standards, both in the U.S. and internationally," said Magalhaes. "As the agency shifts gears, it is perfectly aligned to leverage its heritage in creativity and strategy to produce ideas that dramatically change our clients' businesses. I'm thrilled to be part of this huge challenge."

"Mick's energy, intellect and enthusiasm for Leo significantly impacted the agency and, more importantly, our strategic output," said Stoddart. "I am very grateful for the time he spent with Leo and am confident he'll excel at Publicis Worldwide."

"Leo Burnett has always been a creative and strategic firepower in the U.S.," said Sadoun. "They are an agency undergoing a transformation themselves and have new leaders – Rich and Marcello included – to successfully take them to greater heights."

Leo Burnett USA most recently activated two campaigns at this year's Big Game, Buick "Wedding Reception," and Esurance "Pass it On," which was recognized for being the most Tweeted about brand during the game. The agency also unveiled its first campaign for Brooks Running, "Live the Way You Run. Run Happy," and helped the Art Institute of Chicago launch its Van Gogh exhibit with a unique activation with an Airbnb rental. In December 2015, the global network was recognized by Ad Age as the most awarded network in the world.