Nolan elevated to lead the U.S. creative department and shape the next generation of Leo Burnett 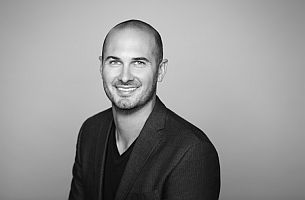 Today, Leo Burnett USA appointed Britt Nolan as the agency’s new Chief Creative Officer. Most recently EVP/Executive Creative Director, Nolan is the creative lead on McDonald’s and Samsung, and is responsible for creating some of the Agency’s most effective work, including Allstate’s Mayhem 'Social Savvy Burglar.' He starts in his new role immediately.

“Britt is an open-source creative leader and is incredible at uniting diverse minds to create bold, platform ideas that yield results for our clients,” said Leo Burnett CEO Rich Stoddart. “Throughout our extensive CCO search, Britt’s name kept coming up. He’s a business-minded creative who doubles down on integrated thinking and will create a new future for Leo Burnett.”

Nolan has served as the creative lead on Allstate, Firestone, Kellogg’s and The Art Institute of Chicago. Most recently, he rose into leadership roles on the McDonald’s and global Samsung accounts. In his new CCO role, he will continue leading the creative for McDonald’s and Samsung, while overseeing the Leo Burnett U.S. creative department and focusing on new business.

"Britt is a new breed - a modern, integrated thinker – and a prolific creative talent. Over the years he has produced mould-breaking work for major brands,” said Publicis Creative Chairman and Leo Burnett Global CCO Mark Tutssel. “He’s a natural leader, a team builder and passionately believes in a ‘maker culture.’ I look forward to seeing the influence he’ll have in Chicago.”

Most notably, Nolan helped Allstate create its iconic and effective “Mayhem” campaign that has changed the conversation around insurance. Nolan and his team were also behind this year’s Art Institute of Chicago 'Van Gogh’s Bedroom,' which captured headlines and conversations around the world.

“One of my favorite things about Leo Burnett is that we just have so much firepower. It’s possible to make anything you can imagine here,” said Nolan. “When we’re nimble, open-minded, and collaborative, we’re the best in the world. I’m incredibly excited to help shape the future of Leo Burnett, to collaborate with some of the most talented and creative people in the business, and to make awesome things happen for our clients.”

Nolan’s ascension to CCO comes shortly after the agency named Marcello Magalhaes of Leo Burnett Tailor Made, in Brazil, as the U.S. chief strategy officer. Nolan and Magalhaes will partner with Stoddart to drive forward the agency’s creative and strategy departments.

Nolan joined Leo Burnett in 2009.  During his time at the agency, Nolan and his teams have won more than 50 international awards across categories including 10 Cannes Lions. His work has been recognised by the Effies, D&AD, ADC, the One Show, Clios, Kinsale Sharks, London International, Radio Mercury, AICP and Facebook Studio Awards. He was recognised by Business Insider as one of the top 30 most creative people in social media marketing.

Leo Burnett Chicago was recognised as the most awarded agency in North America in the Ad Age 2015 Awards Report and was among the top five agencies in the U.S. by the annual Warc rankings for effective marketing.