Agency identifies major contenders ahead of the 63rd Cannes Lions 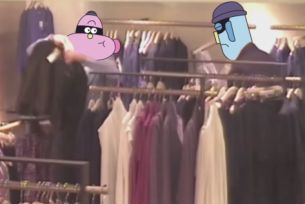 The annual Leo Burnett Cannes Predictions, with a track record of more than 84 percent accuracy, spotlights a short list of campaigns with strong likelihood of winning a prestigious Lion among tens of thousands of submissions. The work was selected by Mark Tutssel, global chief creative officer of Leo Burnett Worldwide, creative chairman of Publicis Communications, and jury president of Direct at this year’s awards festival.

"This collection represents the year's most imaginative and innovative thinking from all corners of our industry,” said Tutssel. “If there’s a macro theme, it’s that the alchemy of creativity and technology can drive cultural impact, transform human behaviour and create meaningful change for both business and the world."

The creation of the Cannes Predictions list involves a yearlong evaluation of brand work that reflect industry-driving trends. Leo Burnett’s analysis arrived at the following six trends from the past year.

From innovation to invention.

The impact of technology has been the biggest theme to emerge from Cannes over the past ten years.

Technology has touched everything from media to production and everything in between, but this year we’re seeing that innovation is happening in the form of invention.

While the Nike+ Fuelband was one of the first manifestations, we’re just starting to see the trend gain maturity — last year’s efforts like Optus “Clever Buoy” and Samsung “Safety Truck” paved the way by demonstrating the power of pure invention.

This year, work like Samsung “BrainBAND,” If Insurance “Slow Down GPS” and DB Breweries “Brewtroleum” are leading the pack, proving that the alchemy of creativity and technology mean brands are now limited only by their imaginations.

There’s no question that the role that news media plays in amplifying brand communications has taken prominence in recent years.

The number of ‘impressions’ an activation earned is included in nearly every case study at Cannes, and more brands are leveraging real news events to amplify their efforts.

As such, we’re seeing more blockbuster ideas — like Remy Cointreau Louis XIII Cognac #NotComingSoon, a film starring John Malkovich that’s not set to be released for 100 years — that depend wholly on the muscle of earned media to make their mark.

Conversely, we’re seeing more work like Netflix House of Cards “FU2016” that’s hijacking news events with greater scale, ambition and aplomb, and demonstrating that there’s no limit to the size of a conversation a brand can enter authentically.

Expect to see more inventive collaborations between brands and tech disruptors, as agencies begin to leverage their potential.

The Art Institute of Chicago “Van Gogh BnB” is one example of how brands are finding new partners to execute ideas that wouldn’t have been possible just five years ago.

With greater opportunities to tailor product and messaging for consumers, customisation is a topic marketers are working to tackle across the board.

One manifestation of this is in customised content — not necessarily a new idea, but one that’s finally seeing its potential through work like the Beats by Dre “Straight Outta Compton” effort, which demonstrates that giving people the right tools to participate can turn them into your greatest evangelists.

REI’s “#OptOutside” demonstrates the power of a bold act from a brand embracing its true self and living its own truth.

This brave act tells you everything you need to know about who they are, why they exist and how they live their values 24/7.

It’s what America has an insatiable appetite for.After all, the truth isn’t the truth until people believe you.

The art of storytelling by animation.

The Pixar-esque quality of the Spanish Lottery film "Justino" has captured the hearts of the industry, with its resounding success at all the major award shows to date. This exquisite moving animated film is one of a few gracing the big screen at Cannes this year.

"ShottaSoCo" from Southern Comfort borrows from the art of Taiwanese animation to weave this phrase into the vernacular.

"Paper" by Honda is stop-frame animation of the highest order, bringing to life thousands of hand drawn illustrations from various artists in a spectacular fashion.

And Harvey Nichols "Shoplifters" marries CCTV footage with highly original emoji-like "robber" animation to give the spot a unique and memorable vibe.