The comical ad will run across TV, Cinema, OOH and Social Media 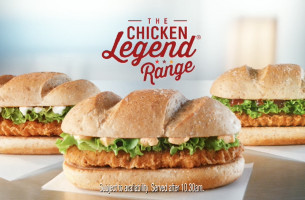 Leo Burnett and McDonald’s are launching a new TV spot for the Chicken Legend range.

In the new ad we see a keen judo student volunteer for a demonstration with an intimidating judo master. His classmates hail him as a legend as he takes one for the team. This campaign is all about how a legend deserves a legend.  The spot begins in a provincial village hall where a mismatched group of hobbyists are meeting for a Judo class.  When their intimidating judo master calls for a volunteer only one of them – Elliott – is willing to step up and take one for the team.  As Elliott is professionally dismantled, another classmate explains how Elliott deserves a Chicken Legend at the very least. Whether he’ll actually be able to eat it after his ordeal remains to be seen.

The campaign will run across TV, Cinema, OOH and social media.