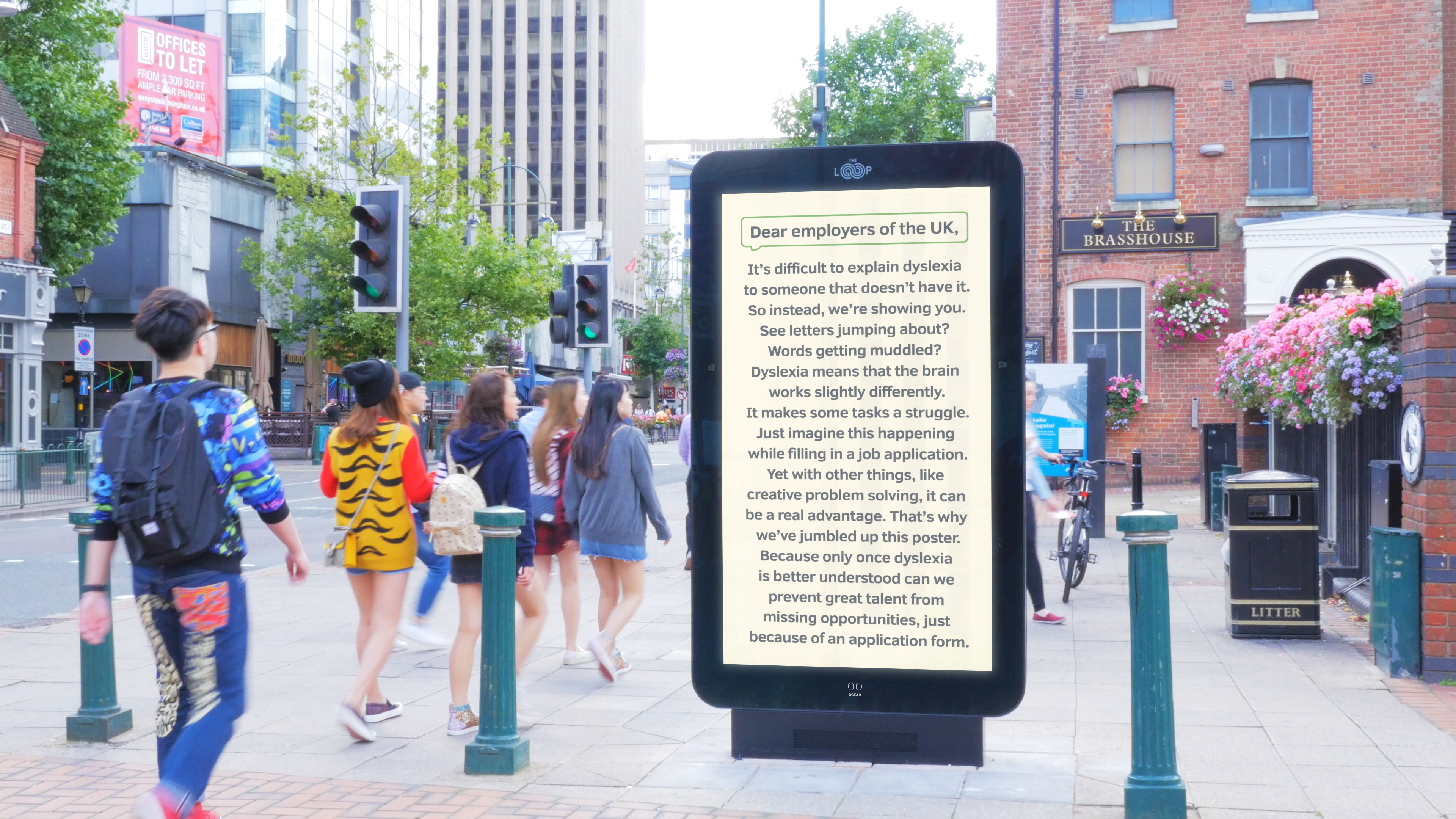 One in every 10 people in the UK has some level of dyslexia, affecting their memory, personal organisation or literacy, but not their capability to succeed.

To encourage a more dyslexic-friendly society, Leo Burnett London and The British Dyslexia Association are using facial detection technology on Ocean’s digital out of home screens to give everyone an idea of what it’s like to live with dyslexia.

Created by Leo Burnett London for the Association, A Moment of Dyslexia was awarded the Charity first prize in Ocean’s annual digital creative competition which celebrates bold ideas which push the boundaries of digital out of home (DOOH). 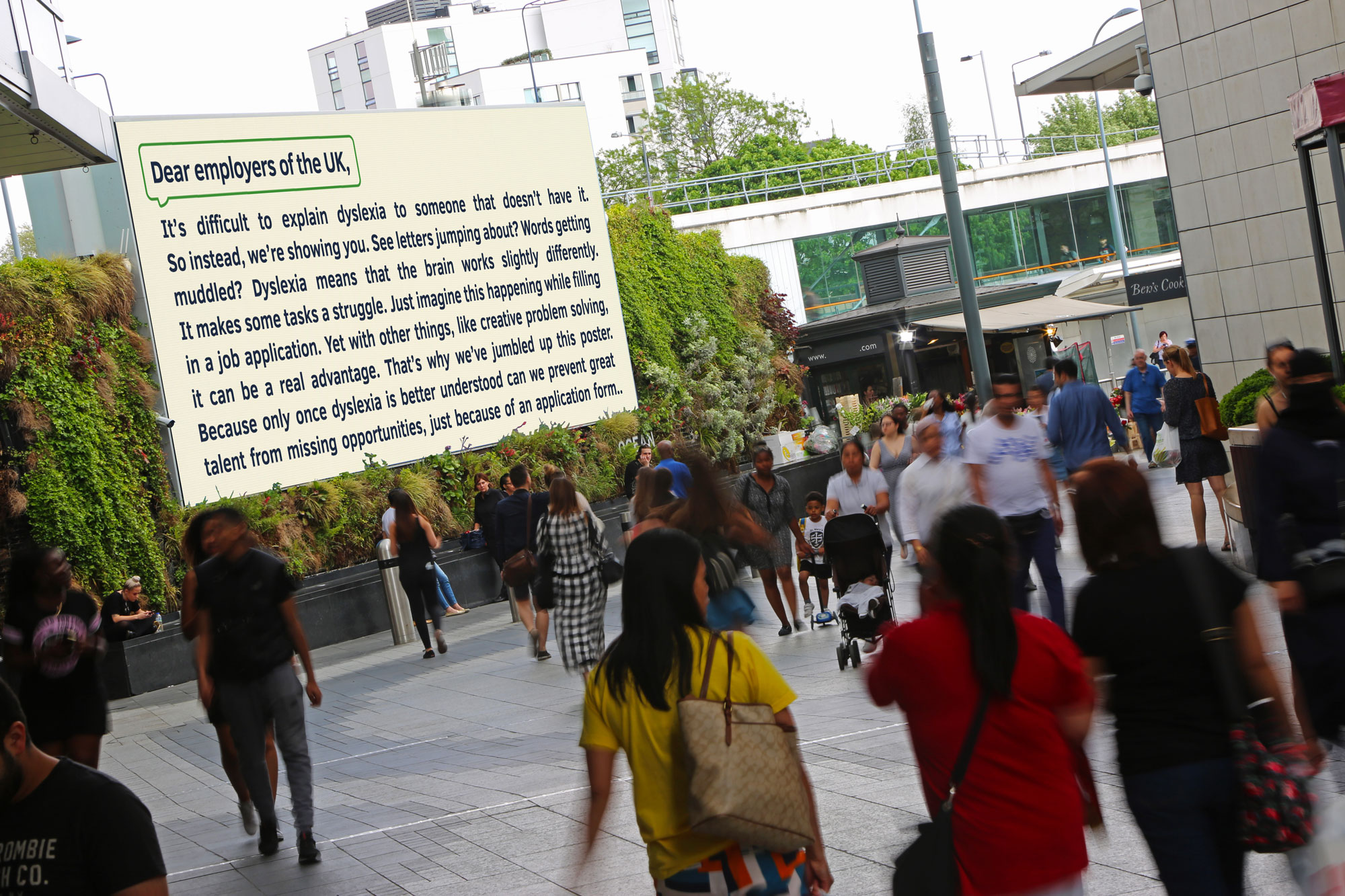 The campaign runs for two days on July 16 and 17 on The Loop in Birmingham and on Ocean’s Eat Street screen at Westfield London.

Leo Burnett London has created dynamic long form copy for the screens which is triggered by Look Out, Ocean’s audience detection technology. This can measure audience attention time as people stop to read the text.

The longer people look at the screens, the more jumbled the words and letters become, reflecting what it can be like to be dyslexic.

Lewis Beaton, creative at Leo Burnett said: “The BDA and Ocean have both been fantastic to work with. We’re excited to see the work go live and hopeful that we can make people think differently, and nudge employers to find ways to make their workplaces more dyslexia friendly.”

Margaret Malpas, MBE, vice president of the British Dyslexia Association said: “Providing an experience of visual distraction, which affects many dyslexic people, can transform peoples’ appreciation of what it means to be dyslexic. An awareness of how to make simple adjustments can make a real difference to the workplace. Many dyslexic adults find digital application forms that time out are a real problem, but wouldn’t it be better for everyone if they didn’t do that? With an appreciation of the difficulties 1:10 staff face, it’s fairly easy to provide a dyslexia friendly environment that benefits everyone. I am excited by this event and very much looking forward to being at Westfield to chat and answer questions.”

Ms Malpas will join other representatives from the British Dyslexia Association giving out flyers in London to drive awareness of the campaign and dyslexia in general.

Ocean head of marketing Helen Haines said: “This simple campaign captures perfectly the dynamic capability of digital out of home and how DOOH screens can respond to and engage with people in the moment. On this occasion, the combination of technology and location with long form copy which you don’t normally find on large format screens demonstrates the power of the right message in the right place at the right time.”