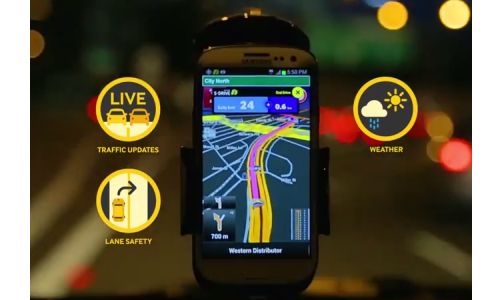 Despite years of government scare tactics, thousands of young Australians are still involved in car accidents every year due to speed, inexperience and driver distraction. Costing Australians an estimated 27 billion dollars annually.

Samsung wanted to make a difference to those statistics. So in partnership with Leo Burnett Sydney, S-Drive was born - a safe driving program that uses Samsung's strongest connection point to the young: the smartphone.

At its heart is the S-Drive app, which is designed to encourage safer driving using rewards rather than punishment.

In doing this, S-Drive helps to transform one of the biggest distractions on the road into a potentially life saving tool.

1 in 3 young Australian drivers crash within their first year of driving, and worse still 2 die on roads every week. S-Drive is a new approach to road safety that's all about rewarding good driving rather than punishing bad. The app launched in February in Newcastle, NSW- a city with one of the worst youth accident rates in the country. To sign up drivers it's backed by a fully integrated recruitment campaign directing people to sdrive.com.au to learn more about road safety & download the app.

The S-drive monitors driving behaviour, giving out points for every safe kilometre travelled - points that can be redeemed for rewards.

The campaign saw great results. Over 4,500 people participated, with 25,000+ rewards claimed. Crashes in the S-Drive region went down by 25% with fatalties down by 20%.