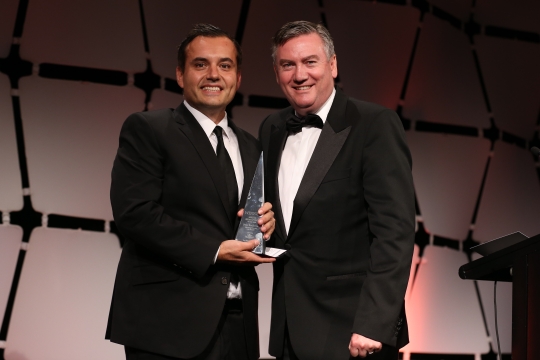 Leo Burnett Sydney is currently one of the most awarded creative agencies in Australia, with one of the highest staff engagement scores at 89 per cent. Peter’s role involves growing the business through new client acquisitions, protecting and driving the agency culture, the development and management of its client relationships with some of the most widely recognised brands in the world, and leadership across the agency.

In the past 12 months Peter has played a key role in driving business growth, evolving the business, helping to secure high profile local and international awards for the agency, and transforming the account management department. He has also helped the agency secure the biggest new business wins, including Unibet, Kellogg's, Diageo Media, Woolworths and Samsung.

"I am exceptionally proud to have been named Media Executive of the Year. I absolutely love what I do and to be recognised in this way, up against such fierce competition, is a great honour. Whilst this is a personal award, the entire team at Leo Burnett has played a role in this achievement – through the relentless agency-wide dedication to achieving excellence, driving innovation and encouraging risk taking, all while having fun doing it," said Pete Bosilkovski, Managing Director Leo Burnett Sydney.