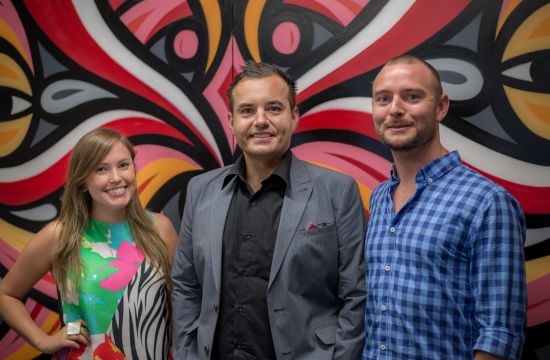 Leo Burnett Sydney is delighted to announce that it has hired two interns from The Nest. Launched in May this year, The Nest is an industry first joint initiative between one of the most awarded client-agency partnerships in Asia Pacific, offering a paid marketing and advertising internship spanning both businesses.

The four successful interns to have taken part in the inaugural program were chosen from 20 shortlisted respondents who were invited for an interview with a panel of Leo Burnett and Diageo Australia representatives Having undertaken 12 weeks of paid work across Leo Burnett and Diageo, the interns have been given invaluable experience working with some of the industry’s best creative, strategic and business minds.

Proving that The Nest is the ultimate platform to springboard careers, Elizabeth Maunsell and Justin Hazelton have been offered and have accepted roles at Leo Burnett.

Pete Bosilkovski, Client Services Director Leo Burnett Sydney, said: “I am very proud of The Nest as no other internship in Australia allows students the opportunity to taste both worlds - advertising and marketing. This is so important considering they will spend most of their communication careers working side-by-side developing comms together. I am also thrilled that our first year of running The Nest has resulted in the appointment of two new staff members who have already started to learn first hand why creativity and commercial innovation matter in business.”

“All interns involved in The Nest are given an insight into the exceptional value Leo Burnett and Diageo place on our client/agency relationship and this is an invaluable experience, because if interns walk away with one thing, I'd like it to be this. Respecting one another's art is critical. It's something Matt Bruhn and I are highly passionate about and try to instill in our partnership culture. It's a key ingredient of our award-winning success,” continued Pete.

The Nest will be going ahead again this year with a call out date for all those interested to be announced soon.