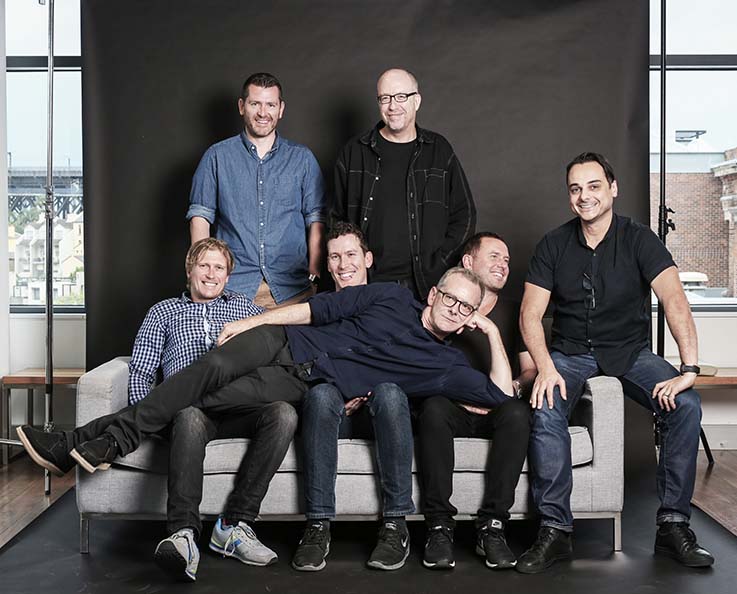 Between them, the five creatives have worked on major brands across multiple industries and continents and have been recognised at the highest levels for their creative achievements, accumulating hundreds of local and global award wins.


Says Vince Lagana, joint ECD, Leo Burnett Sydney: "Grant McAloon and I have spent a long time looking for new talent and we're thrilled to have five of the best minds joining our ranks. They join at an exciting time for the agency and we can't wait to see what their combined talents will deliver for our clients."

Caldwell joins from Clemenger BBDO Sydney, where he was creative director. In over 15 years in the industry, Malcolm has also held senior copywriting roles at leading agencies including Saatchi & Saatchi London and Publicis Mojo Sydney. He was creative group head at DDB Sydney and executive CD at Inferno. The new appointment is a return to Leo's for Caldwell, who was a copywriter at the agency in 2000. His work spans all media for clients including Sony, Visa, Wrigley's, Honda, Tip Top and Fujitsu.

Broekhuizen joins Leo's from his CD role at Clemenger BBDO Sydney. He previously worked with Publicis Mojo and DDB Sydney, where he landed after relocating from South Africa in 2010. Ian spent seven years working at Ogilvy Johannesburg - the country's most awarded agency. As creative group head, he was responsible for the BP and Cadbury's accounts and produced work for the likes of KFC and Coca-Cola. He has also worked on Virgin Australia, McDonald's, Telstra, Toyota, PayPal, Lion Nathan and VW.

Du Toit returns to Sydney from his role as TBWA Group Singapore, where he was head of creative and global CD on Singapore Airlines and Regional CD on Visa. Du Toit's leadership roles include ECD tenures with Lowe and Partners Worldwide and Mojo Publicis in Sydney and FCB Global in Cape Town. He successfully ran his own agency, The TakeAway, until it was acquired by DDB in 2005. He has worked across all major brand categories for clients including P&G, J&J, Unilever, Citibank, Qantas, Toyota and Pernod Ricard.

Clark has spent the past 12 years as a copywriter, most recently with BMF Sydney, where he spent three years as senior copywriter. He spent four years at US (now Joy) Sydney, and five years across the Tasman at Publicis Mojo Auckland, after beginning his career at Sydney's The Campaign Palace in 2001. He has worked with clients including Nike, Lion, Coca-Cola, Goodman Fielder and the Commonwealth Bank.

Ely's truly international career began in London before moving to Australia in 2001. After a long art director stint with DDB Sydney, he moved to Russia as Saatchi & Saatchi's senior art director, before returning to Sydney to join start-up US as senior creative. Ely returned to Moscow as CD at BBDO Russia Group in 2010, where he enjoyed success for many years and also established a free advertising school for Russian creatives. Ely has created award-wining work for brands including Google, Snickers, M&Ms, Mars, Olay, and SBS.