Awards and Events 239 Add to collection 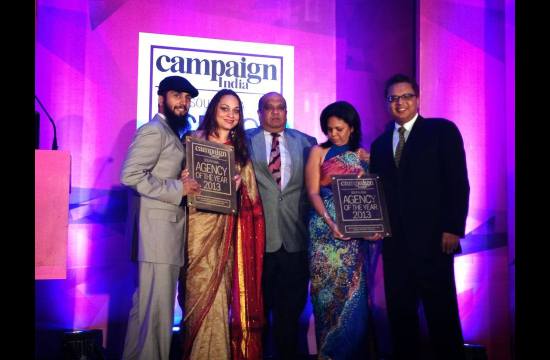 Jarek Ziebinski, President, Leo Burnett Asia Pacific, stated: “Leo Burnett Sri Lanka has yet again proved their prowess as a highly valuable member of our global Leo Burnett family.  I would like to congratulate Ranil for his leadership and the entire team at Leo Burnett and Starcom Sri Lanka for their spectacular success. I am especially proud that Ranil and the agency continue to lead the charge on putting the spotlight on the Sri Lankan advertising industry. I hope this great momentum will continue for years to come.”

Ranil de Silva, Managing Director, Leo Burnett Solutions Inc., enthused: “We are delighted with the success that Leo Burnett and Starcom have achieved at the Campaign Asia Awards in the presence of some of the greatest advertising personalities in the Asian continent. I am also honoured to have been recognised by my peers in the South Asian advertising industry. At Leo Burnett, our strategic vision for 2013 was to leverage the best ideas, from the best people, to be the best agency - and I am thrilled that we were able to do this. My heartfelt congratulations go out to the entire Leo Burnett local and regional team for their support to help us reach for the stars.”