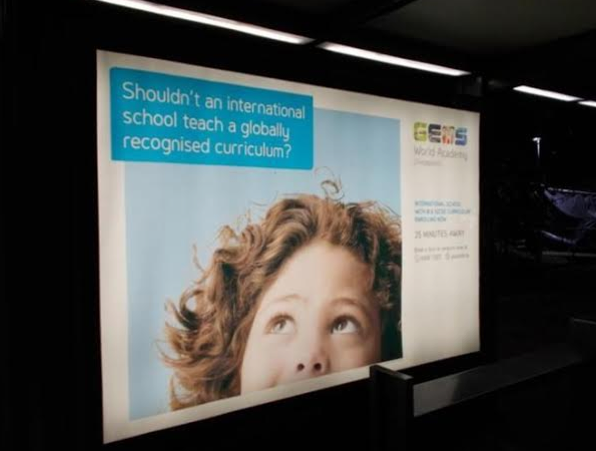 Speaking about the appointment of Leo Burnett Singapore, Dino Varkey, group executive director and board member of GEMS Education said” “Prior to the appointment in Singapore, GEMS has been working with Leo Burnett in Dubai. We are happy to have extended the partnership to Singapore in launching our school locally. The agency has demonstrated clarity in thinking from strategy to creative. Its strong belief in a brand’s need for an anchor in a purpose is what differentiates the agency, generating work that is thought-provoking and engaging.”

The integrated campaign -which includes print, outdoor, digital and events- kicked off in April and will run until September. As a new player to the private education landscape in Singapore, GWA is looking to rapidly acquire new students by significantly increasing their enrollments in 2015, Leo Burnett has been tasked to drive enquiry and school tour registration to GWA.

Basing off the insight that inquisitiveness, which is natural to children, is essential to innovation, the campaign’s creative idea thus centers on “question everything”. With this campaign, GWA is positioned as a brand which views education as equipping the next generation with skills and an environment that will help them make a positive impact on the world today and tomorrow.