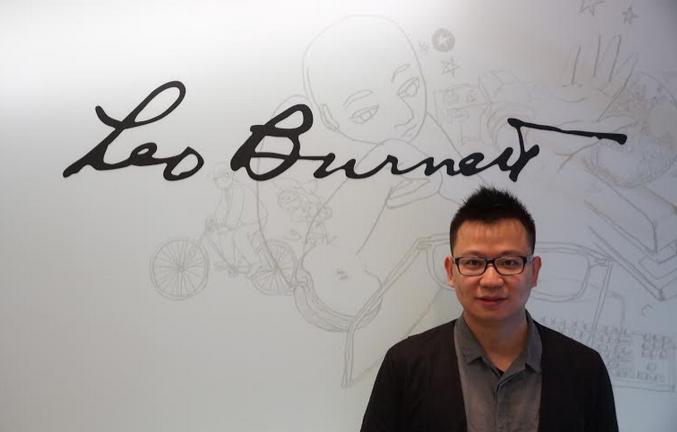 Danny Mok, CEO, Leo Burnett China has announced the appointment of Rocky Hao as head of creative for the Shanghai office. In his new role, Hao has been tasked with leading the Shanghai’s creative and creative services teams as well as working closely with general manager, Angie Wong to oversee Leo Burnett Shanghai’s day-to-day operation.

“Rocky represents a fusion of the best of East and West. Combining his deep understanding of local Chinese market and consumer insights with his experience and exposure at international agencies, he has created work that helped many brands, both local and multinational, shine in China,” said Mok.

“A copy-based creative, Rocky’s remarkable track record in brand-building in China as well as his award-winning showing across both creative and effectiveness-based shows including Cannes Lions, One Show, Spikes Asia, Long Xi and EFFIES made him one of the most up and coming creative leaders in China. We are thrilled that he is on board with us as we chart a new growth chapter for Leo Burnett China,” he added.

Speaking about Hao’s appointment, Wong said: “Rocky is a very passionate and driven creative leader, and I believe he is a great fit with the Leo Burnett culture and our ‘reach for the stars’ motto. I look forward to partnering with him and strengthening our integrated creative offering in Shanghai.”

Hao is a creative that represents a new generation of talents in China. Born in Jiang Xi, he spent his undergraduate university life in Guangzhou before taking off to the U.K. where he completed his Master Degree in Mass Communications from the University of Leicester.

He started his creative career in Beijing 16 years ago and moved to Shanghai in 2004. Prior to Leo Burnett, he has worked at various leading international agencies in China including Dentsu, Bates, BBDO, Grey and Ogilvy & Mather working across brands that include Pepsi, 7UP, Pizzahut, Gillette, New Balance, Chrysler, Dumex, Kangshifu, Vanke and Changyu, just to name a few.