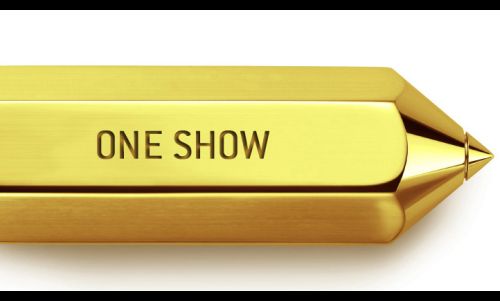 On Friday evening, the highly prestigious One Club announced the winners of the 41st Annual One Show Awards. Leo Burnett Worldwide took home a collective 28 honors – eight Golds, 11 Silvers and 9 Bronze awards – making it the second most awarded network at the One Show. And after winning a number of high honors, Leo Burnett Tailor Made Sao Paulo was recognized as the second most awarded creative agency.  The One Show is widely recognized as the most prominent awards competition in advertising and design, honoring the best work across all disciplines, including Advertising, Interactive, Design and Branded Entertainment.

After four evenings of award ceremonies during Creative Week in New York, the final show, hosted by Alec Baldwin, took place at a packed Alice Tully Hall at the Lincoln Center in New York City - the grand culmination of the week.

Impressively, there were 374 winners that emerged from 21,300 submissions from 63 countries – 97 Gold Pencil Winners, 142 Silver, 134 Bronze across, and one Green Pencil.

“As one of the most highly competitive shows in the world, I am tremendously proud of our network’s results and delighted to see such a strong global presence represented in our wins,” said Mark Tutssel, Chief Creative Officer, Leo Burnett Worldwide.

Leo Burnett Tailor Made led the charge for the network, and dominated the poster category by picking up an astonishing 5 Gold Pencils for their remarkable Fiat "Letters: F, N, R" campaign. The Sao Paulo campaign has been leading the gold rush since the start of the year, receiving the highest honors from the International ANDY Awards and the Art Directors Club Awards. Leo Burnett Sydney added to the tally at the One Show, scoring a raft of Gold Pencils for campaigns including, Diageo’s "Road to Recovery,” Australian Bureau of Statistics "Run that Town" and Coca-Cola’s "Small World Machines.” Other notable wins included, Chicago’s “Literacy Store” initiative for McDonald’s and “The Developer” for Samsung, Paris’ “If Only For A Second” for the Mimi Foundation and Sao Paulo’s “Bentley Burial” campaign for the Brazilian Association of Organ Transplant.