Cancer patients given moment of carefreeness with makeover experience 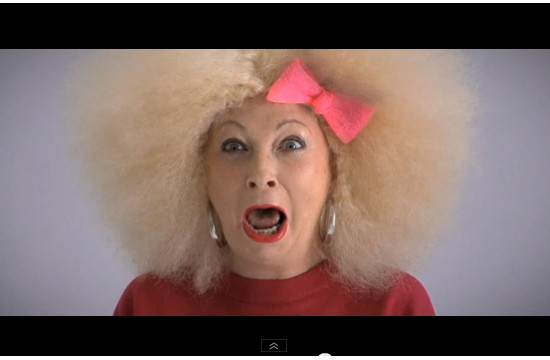 June 17th, 2013, at the initiative of the Mimi Foundation and in collaboration with Leo Burnett France, 20 cancer patients participated in a unique makeover experience.

They were invited to a studio where they got their hair and makeup done without being able to see themselves during the transformation. A photograph then immortalized the moment they opened their eyes.

This discovery allowed them to forget the disease, if only for a second. The project was conducted in two stages. The first took place in Brussels in June, where the Mimi Foundation and Leo Burnett reunited the photographer Vincent Dixon and the director Coban Beutelstetter.

One of them had the mission to capture the second when the people saw themselves after the transformation, the other to film every moment of their experiences.

The second stage of the project was to organize a photo exhibition for the families of the patients on November 7th, 2013.

The idea was to reveal at the same time all the photographs taken by Vincent Dixon. Within a second, smiling faces were seen all over the room.

At that very moment, the cancer did not exist for the family members either. For this project, there is a 3 minutes 43 seconds spot, launched today on YouTube channel: youtu.be/pMWU8dEKwXw and on website : www.mimi-foundation.org

A photo book entitled «if only for a second» can also be ordered: seconde@mimi-foundation.org

This book contains 20 photographs of the project participants. Every photo is accompanied by a description: the name of the person and the date and time the photo was taken.

And most importantly; the very second in which everyone forgot about their disease.

Going through this book, the reader is carried away by laughter, giggles and faces completely carefree. The reader will even be surprised to feel on his own face ... a smile. And this is the central idea of the project «If only for a second «, to spread smiles.