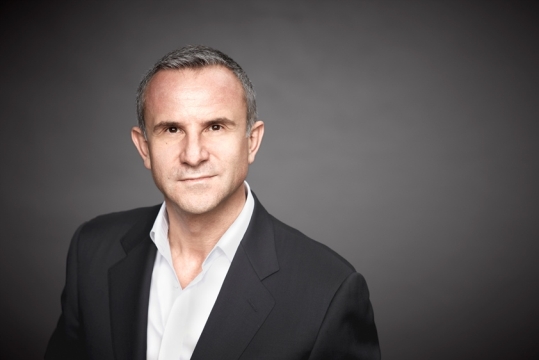 Said Bernardin, “Eddie and I have been in talks regarding his plans to retire from the agency over the past year. After more than 20 years in the industry and 15 years of successful leadership at Leo Burnett in Greater China, Eddie has decided it’s time to retire from advertising. We want to thank him for his wonderful work building Leo Burnett Greater China to what it is today and wish him every success as he embarks on his new journey in life.”

“The consolidation of Leo Burnett’s Asia Pacific and Greater China operations is a strategic decision to bring together the best of the network’s resources, talents and capabilities across these two important regions under one proven leader. The scale and efficiencies Leo Burnett will be able to achieve from the consolidation will enable the network to deliver greater value for our clients’ businesses in today’s environment of remarkable change and possibilities,” said Bernardin.

Continued Bernardin,” Jarek’s track record of success across two very different regions - Central Eastern Europe and Asia Pacific - at Leo Burnett speak for itself. The growth and momentum he delivered for Leo Burnett in Asia Pacific over the past five years makes him the ideal candidate to take over the consolidated leadership of Leo Burnett in this region. Asia Pacific is a critically important region for the Leo Burnett global network and I’m confident that with Jarek at the helm, he will be able to help us deliver the best in the world, bar none.”

Speaking about his appointment, Ziebinski said,” History is peppered with examples of the power of unity as people come together behind a united goal. As Leo Burnett unites two of the most vibrant regions as one, the possibilities from the scale and consolidated talent and resources of the agency will no doubt allow us to take on the myriad opportunities coming out of this region. I’m thrilled to take the helm and help lead the agency forward in one of the most dynamic parts of the world.”

Ziebinski has 28 years of experience in the advertising and marketing industry, 18 of which, has been at Leo Burnett. He was Chairman and CEO of Leo Burnett Central and Eastern Europe (CEE) for close to a decade before relocating to Singapore in 2009 to take up the helm as the President for the agency-network in the Asia Pacific region where he oversees Leo Burnett offices and affiliates across 22 cities -with over 2,000 employees. He is also a member of the Leo Burnett Worldwide Global Executive Leadership Team.

The impact of Ziebinski’s vision and leadership is best illustrated by Leo Burnett Asia Pacific consistently maintaining double digit growth in 2010, 2011 and 2012, achieving the highest rate of growth in the last decade; with every Leo Burnett office in the region reporting profitable growth. For three years in a row, Leo Burnett has been one of the fastest growing and most awarded agency-network in the region; it is also one of the leading new business leaders in the region over the past four years according to the industry’s new business league by R3.

Ziebinski’s successes as a manager and a personality in the advertising industry have earned him multiple awards including Agency Innovator - The Internationalist, New York as well as induction into the prestigious Golden Drum New Europe Hall of Fame.