Awards and Events 166 Add to collection 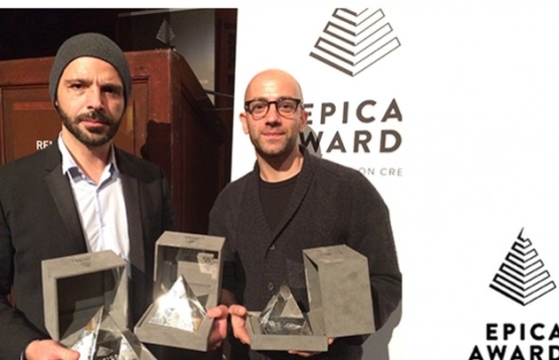 Leo Burnett was named Network of the Year for the second year in a row at the Epica Awards last night in Amsterdam. The agency network won 46 awards in total, including 12 Golds and two Grand Prix awards for “#LikeAGirl” and “Making Music.”

“The Epica Awards presents a special kind of recognition from the top editors and senior reporters covering our craft across the world,” said Mark Tutssel, Chief Creative Officer, Leo Burnett Worldwide. “Our network rejoices in this celebration of ideas and global distinction as a leading producer of prodigious creativity.”

Epica is the only global creative competition judged and awarded by editors and reporters from marketing and communications magazines. Teressa Iezzi of Fast Company’s creative channel Co.Create served as this year’s President of the Jury.

Established in 1987, Epica rewards outstanding creativity and helps agencies, production companies, media consultancies, photographers and design studios to develop their reputations beyond their national borders. More than 40 magazines and websites around the world serve on Epica’s jury. This year, 585 agencies from 74 countries participated in the awards.

Last year, Leo Burnett won Network of the Year with 32 awards in total, including 9 golds. For a full list of this year’s winners visit http://results.epica-awards.info/2014.