Work for SEEK “Volunteer to Promote Volunteering” cleans up 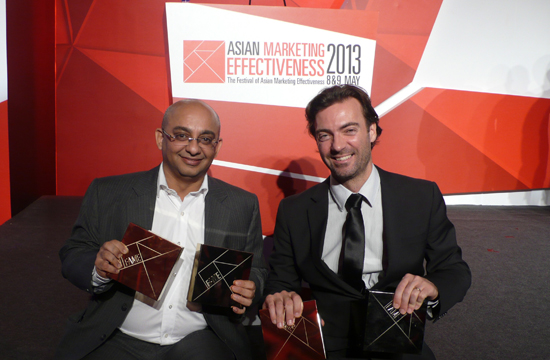 Leo Burnett Melbourne’s campaign for SEEK “Volunteer to Promote Volunteering” wins big at the Asian Marketing Effectiveness Awards 2013-a leading effectiveness-based awards show in the region-which was held in Shanghai yesterday evening. The campaign was awarded three gold and a silver across categories including the coveted “Best Integrated Marketing Campaign”, Most Innovative Use of Media”, “Most Effective Use of Social Media Marketing” and “Most Effective Use of Digital Media”. The agency also placed third in the “Agency of Year” ranking.

From a total of 139 entries that were shortlisted, 55 awards including 16 gold, 19 silver and 20 bronze were given out at the awards show.

Over a decade ago SEEK, Australia’s biggest online job site, volunteered to build a website to help Australian charities find volunteers. Each year, charities, not-for-profit organisations and community projects rely heavily on the support of thousands of volunteers for their success.

Leo Burnett Melbourne and SEEK, along with media partner IKON, launched a national campaign “Volunteer to Promote Volunteering” to raise awareness for the seekvolunteer.com.au site while simultaneously encouraging more Australians to put their hands up for volunteer roles

Instead of paying for advertising, the campaign takes an unorthodox media approach by asking corporations, broadcasters, advertisers and the general public to volunteer a space-from station air-time through to a profile picture, to promote volunteering.

A page on the SEEK volunteer site provides public access to the various campaign artwork designed for use in a diverse range of media channels. Individuals can also become involved by volunteering space in their social media channels of Facebook, Twitter, Linkedin, Pinterest and Tumblr.