Editors' Choice: The campaign celebrates the Chinese New Year with an emotive tale 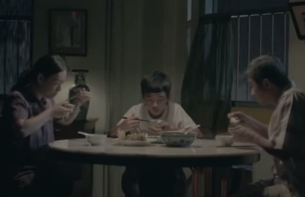 What’s in a name? In Chinese culture, the birth name signifies the parents’ wish for their newborn child. Some are simple, others complex. But every Chinese given name carries a deep and symbolic meaning, carefully chosen and given in hopes of what parents aspire for their child to become.

But today’s millennial generation have began adopting Western names – ranging from Apple to Zoo – in an effort to be “unique”, memorable, easier to understand and stand out from their peers. This trend of choosing a Westernized first name has overshadowed the birth name given by their parents.

“For this year’s Maxis Chinese New Year campaign, we tapped on this insight and came up with #ThisIsMyName to encourage millennial Malaysian Chinese to reflect on their birth names, wear it with pride and help them reconnect with their parents,” said Eric Cruz, executive creative director of Leo Burnett Malaysia.

The campaign launched with a 30-second TV commercial aired nationwide to provoke and generate conversation by featuring Malaysian Chinese with “adopted” first names. It ends with the web film’s protagonist who introduces himself by his birth name, then invites viewers to watch his story on YouTube.

“The TVC led to a web film that tells the story of our protagonist on a journey to discover the meaning behind his name - Kao Sheng, which means “Tall” and “Victorious”, but contradicts his physical appearance. This is something he struggles with all his life, until an unfortunate event triggers him to rise to the occasion and enables him to live up to his name,” said Tam Jian Zhong, creative group head of Leo Burnett Malaysia.

Together in collaboration with prominent Malaysian Chinese personalities, the #ThisIsMyName social movement was mobilized on Facebook to engage millennials to wear their birth name with pride on their profile pages and share the story behind their names.

“We wanted today’s youths to realise why their parents named them so, and to then take action to be proud of their given names on Facebook. It’s important to respect our traditions and our parents wishes,” said Andrew Shee, creative group head of Leo Burnett Malaysia.

“We hope that #ThisIsMyName changes the perception of Malaysian Chinese youth by instilling a greater sense of pride in them, and ultimately enabling them to embrace and live up to who they truly are and what their name stands for,” added Robert Kay, managing director of Leo Burnett Malaysia.