Awards and Events 986 Add to collection 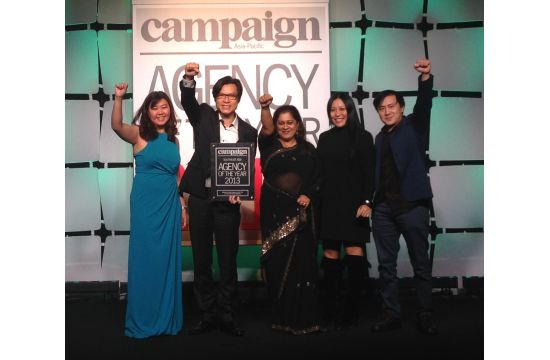 “It is a tremendous honour and privilege to be recognized among such esteemed peers of the industry. A lot of hard work and dedication went into growing and developing our Malaysian talents and it is highly encouraging to know that our efforts have been acknowledged, not just by the industry regionally, but by our clients as well,” said Tan Kien Eng, CEO of Leo Burnett Group Malaysia.

A strong and diverse panel of 55 judges made up of senior marketers from key business categories across a wide range of brands, as well as senior Campaign Asia-Pacific’s editors, stringently evaluated nearly 660 entries, with results tabulated by independent accountants from PricewaterhouseCoopers.