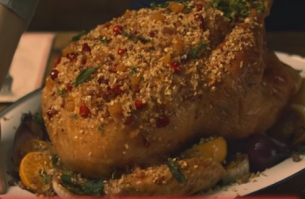 Lurpak’s digital festive campaign encourages consumers to make their festive food stand out from the usual standard turkey with sage and onion stuffing or Brussel sprouts with pancetta and surprise and delight friends and family this Christmas.

We all love a traditional Christmas dinner, but more often than not we keep to that tradition and play safe. Throughout the rest of the year, the foodies amongst us look at every dish as an opportunity. A chance to experiment, create and invent. But even foodies tend to revert to the same traditional way of doing things at Christmas, so Lurpak is declaring it ‘the season to be bold’ - through some inspiring social content, online recipe suggestions and influencer partnerships, Lurpak is encouraging food lovers to challenge themselves and inject their usual experimentation and flair into their Christmas cooking and to Take On Christmas with that ‘food lover’ attitude.

The campaign, launched online in early December, was created by Leo Burnett London, working with in-house director Alex Graham and photographer Scott Grummet. The campaign urges the Nation to ‘break the Christmas quo’ with recipe suggestions that include turkey with a nut and cranberry crust, sprout gratin with bacon and gruyère and filo pastry mince pies with crème fraîche and clementine zest.