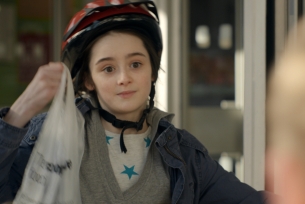 The Co-operative Food today launches a campaign ahead of Easter. The campaign will run from 25th March to 6th April, with a version continuing after Easter into the school holidays The campaign, created by Leo Burnett London, shows a young lad going on an Easter errand for his Mum to the shops. After a wonderfully liberating, but way too short bike ride, the lad arrives at the local Co-op…to find a girl exiting the shop, also on an errand. They both acknowledge each other, as if this is a regular occurrence, merely saying out loud the products they've come for. 'Hot cross buns' he says…to which she replies 'Mint sauce', emphasising the range of products the Co-op has to help this Easter.

The idea emphasises how close The Co-op is - there are over 3400 in the UK, more than any other supermarket - with a shop in every postal area and is the convenience retailer of choice.

The ad uses a great human truth to dramatise a great Co-op truth – that The Co-op, the heart of the community, is only ever a quick bike ride away to make sure the Easter break is all it can be.

The theme is continued in an additional post-Easter version of the ad. This time the products change to reflect the typical items you might send your kids out for during half term, again emphasising how often people pop in and out of their local Co-op shop.