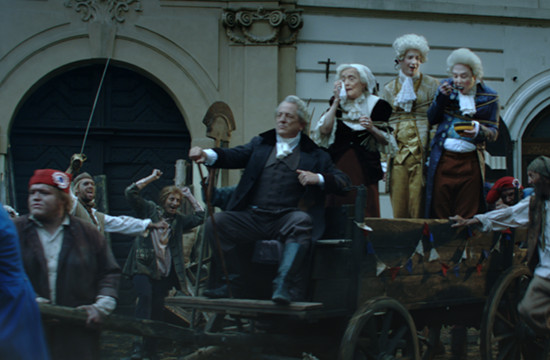 Created by Leo Burnett and directed by famed director, Daniel Kleinman, the campaign is the fourth instalment of the brand’s ‘The trouble is they taste too good’ campaign.

Like the commercials that have recently preceded it, ‘Revolutionary Chocolatier’ tells the story of the trouble that can occur as a consequence of Crunchy Nut’s irresistible allure which, in this case, is Crunchy Nut Chocolate.

This episode of the campaign finds our now familiar duo hiding beneath the floorboards of a luxury chocolate shop in Paris during the height of the revolt against the decadent aristocracy.  The fearsome leader of the Sans Culottes stands above them interrogating the shop’s chocolatier on their whereabouts. He has no regard for her obvious fragility as he senses that his ‘prey’ is near.  Absolute silence is critical for our fearful, hiding pair, their lives depend on it.  But Crunchy Nut Chocolate proves more irresistible than ever before, and the unmistakable crunch again puts them in jeopardy.

The 30-second TV advertisement breaks on August 19th across the country.  The commercial will be supported by an interactive game hosted on the brand’s YouTube channel.