Ready meals ‘so good, anyone would think you’d made it yourself’ 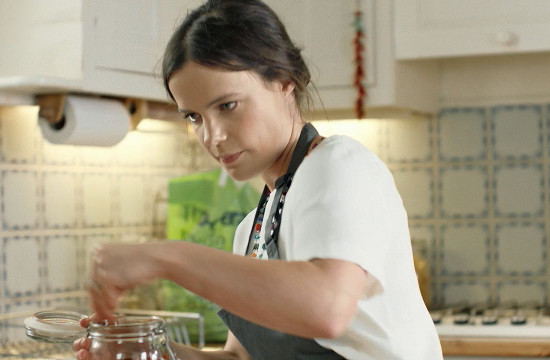 The Co-operative is launching a new advertising campaign by Leo Burnett to promote its new and improved range of fresh ready meals and pizzas.

The new ready meal and pizza ranges include great quality ingredients and British meat and poultry wherever possible, so customers can enjoy restaurant-quality meals at a fraction of the cost, or as a great, quick alternative to home-cooked food.

The campaign, which has the tagline “Food so good, anyone would think you’d made it yourself”, launches on Wednesday, September 18th, and follows on from the successful “Homegrown” campaign, which focuses on British meat and poultry.

The TV ads, which mirror each other in action, feature a young couple playfully trying to trick each other into thinking they have been slaving away in the kitchen over a home cooked meal.

The first of two 30-second films shows the female protagonist pretending she’s prepared a home-cooked beef stroganoff for her and her boyfriend, when in fact it’s a tasty, fresh ready meal from The Co-operative.

The second commercial, launching on October 2nd, shows her partner playing the same game. However, this time he is supposedly preparing a delicious looking pizza, which is later revealed to be The Co-operative’s Truly Irresistible Proscuitto, Portobellini Mushroom and Mascarpone Pizza.

The soundtrack has male and female versions to complement the action. The first ad has a cover of the classic song ‘Great Pretender’ performed by Nora Hayes, while The Platters’ original version of the song accompanies the second. The song was chosen to perfectly capture the playful feel of the ads, whilst fitting with the themes explored in the scripts.

Both commercials were directed by Steve Reeves at Another. Reeves also produced two shorter 10-second product and prices spots in the campaign.

Alongside the TV ads, Leo Burnett has created three 30” radio commercials which play on the same themes as the TV work.

Andrew Mann, Customer Director, The Co-operative Food, said: “We wanted a fun and lively campaign to illustrate the convenience, quality and tastiness of our new and improved product ranges, which include delicious new chilled ready meals and pizzas.  The campaign will take our own-brand products to a new level and will encourage customers to re-appraise The Co-operative brand.

“Whether you’re planning a special meal for you and your partner or sitting down with the family in front of the TV on a Saturday night, our fabulous new ready meals and pizzas are the perfect solution. The couple in the ads bring the new products to life in a light-hearted and upbeat way, which should encourage people to give our delicious new food a try.”