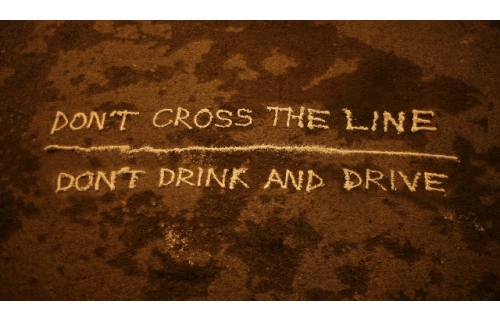 Eight million UK residents watching the World Cup final last night were likely to be drinking. Leo Burnett London, working with Brake – the road safety charity, created a viral film to get people to think twice about getting in their car if they had been drinking and were driving home having just watched Germany beat Argentina.

In the film we see footie fans arriving in their cars arriving at various pubs to watch the Final with their mates. Cut to a crack team of people with spray cans spraying white foam lines alongside the parked cars - in front of the drivers’ doors and on the steps outside pub doors. The foam lines also spell out a message: Don’t cross the line. Don’t drink and drive. #dontcrosstheline.

Drink driving is still one of the biggest killers on our roads. One in six road deaths in the UK, result from crashes where the driver was over the drink-drive limit. A further estimated 65 UK road deaths per year are caused by drivers who are under the drink-drive limit, but who have significant amounts of alcohol in their blood. These deaths, and the many more serious injuries, can be stopped if all drivers pledge to not drink any alcohol – not a drop – before driving.