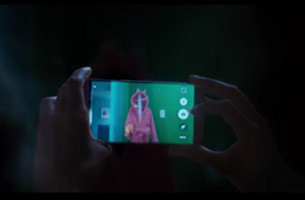 Samsung has launched a new campaign to introduce the new low light capabilities of the camera in its Galaxy S7 and S7 Edge mobile handsets.

The 50 second global spot entitled ‘Sister’ features a young girl who can’t get to sleep as she’s afraid of what lurks within the darkness of her bedroom. Her older sister uses the revolutionary camera on her Samsung Galaxy S7 to show her that, even when it’s dark, there is nothing to be afraid of. This is all thanks to the cameras dual lens technology, which can take pictures in very low light, meaning the Samsung S7 can effectively ‘see the dark’. In fact, all the camera photos that feature in the commercial are completely authentic and no post-production was used to enhance them.

The S7 is beginning to redefine the smartphone market and this commercial is part of Samsung’s latest effort to demonstrate the emotional benefit that Samsung phones have in people’s lives.