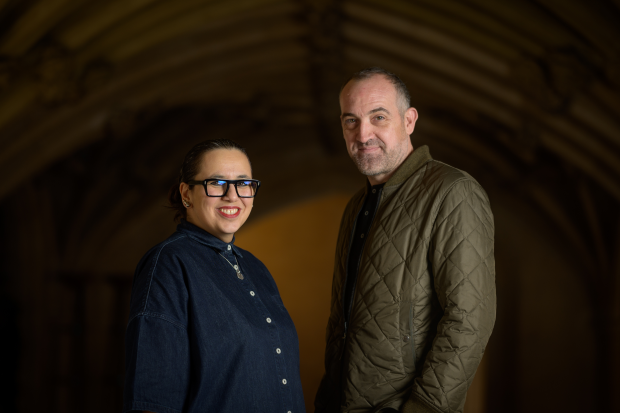 The appointment comes after a raft of new business wins at Leo Burnett in 2019 including McCormick, Iceland, Gulf Oil and AXA Global.

Elwood started his advertising career at Leo Burnett and has been at MullenLowe since 2017. He has overseen many lauded campaigns at MullenLowe, including the renowned NHS campaign 'We are the NHS', which was Adwatch’s most liked Ad of 2018.

Reporting to chief creative officer, Chaka Sobhani, Elwood will be responsible for the day-to-day running of the creative department and for adding further creative excellence to Leo Burnett’s roster of clients such as McDonald's, Kellogg’s, Butlin’s and Betfair.

Throughout his career, he has worked at small and large agencies on an array of both domestic and global businesses for brands such as Cadbury, The British Heart Foundation, Wagamama, The Economist, Guinness, GAME, Co-op Bank and the NHS.

Elwood started his career as a graphic designer and has gone on to hold senior positions at JWT and AMV BBDO. From 2003, he spent eight years at Fallon London, joining as head of art before being promoted to Partner and creative director.

In 2011 he founded 101 with Laurence Green, Phil Rumbol, Richard Flintham and Steve Waring.

Other creative highlights include his work for the TATE, which won a Cannes Lions Grand Prix for print and the Art Fund, which won three IPA Effectiveness awards.

Chaka Sobhani, chief creative officer, Leo Burnett London said: “These are exciting times at Leo’s - we’re winning business and building our creative muscle to get to bigger and better, proudly populist work. And key to that is getting the best people in to help us continue to grow. I’m so excited to have Mark join our crew, someone who lives and breathes creativity, and has the biggest heart for both people and ideas. I think he’s wonderful and the perfect addition to our growing family.”

Mark Elwood, executive creative director at Leo Burnett London said: “Agencies are shaped by great people with a clear vision, tons of ambition and an energy to succeed. Chaka, Charlie and the rest of the team have all of those important qualities and they put creativity first. Which has made them impossible to turn down. I cannot wait to join in.”