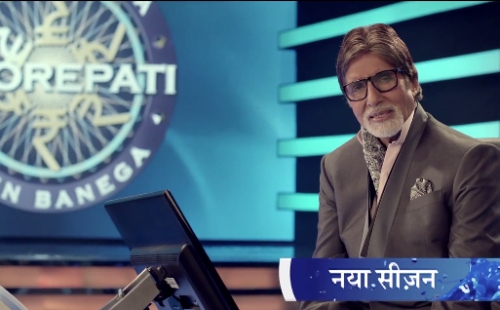 Sony Entertainment Television, one of the leading general entertainment channels in India is back with its 8th season of Kaun Banega Crorepati (KBC), the Indian version of Who Wants to Be a Millionaire. The nation’s most eagerly-awaited television show goes 'inclusive' in its launch campaign this year, promising to bring more than just the family together, highlighting the sensitive North-East India racial discrimination issue in the country.

For years, the show and its superstar celebrity host Mr. Amitabh Bachchan have brought together people from diverse regions, cultures, languages and aspirations for its viewers to watch and appreciate while bringing families together in front of the television. KBC has challenged, inspired and helped thousands of Indians to earn knowledge, money and fame in the most engaging and entertaining fashion. If that's the legacy of the show, its publicity promotions break new ground every year and work their own charm with the masses. Engaging them with thought-provoking messages crafted and presented with endearing simplicity.

The latest TV spot featured a contestant from North-East India in the hot seat of KBC as the camera cuts back to show the viewers across India keenly following the show on TV. The celebrity host, Mr. Amitabh Bachchan posed the question asking which country the city of Kohima (State capital of Nagaland, a state in the far North-Eastern part of India) belongs to, while providing China, Nepal, India or Bhutan as options to the answer. The contestant opted to exercise the option of polling the audience much to the surprise of the home viewers as the answer is obvious. Mr. Bachchan informs the contestant that 100% of the audience chose the answer as ‘India’, to which she responds with “Yes, everyone knows about it but how many believe in it?”