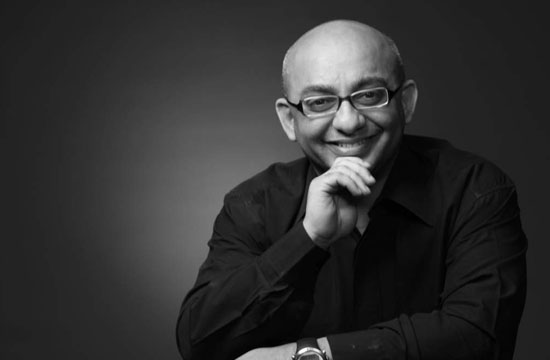 Tom Bernardin, Chairman and CEO, Leo Burnett Worldwide announced today the new leadership of the India operations. Arvind Sharma, Chairman and CEO of India Subcontinent will be leaving the agency to pursue other business interests outside of the industry - following a long and successful stint of 30 years. Saurabh Varma, currently Regional Chief Strategy Officer of Leo Burnett Asia Pacific has been named to the position of CEO Leo Burnett Group India.

The appointment is effective as of 1st November 2013. In his new role as CEO for the India operations across Mumbai, New Delhi and Bangalore, Varma will report directly to Jarek Ziebinski, President, Leo Burnett Asia Pacific.

Nitish Mukherjee, Director on the Board of the company, will play a key role in this transition as a strategic consultant. He will work closely with the local and regional leaders of Leo Burnett to ensure the smooth running of business.

Bernardin who is in Mumbai today with the regional management team for the announcement said,” We would like to take this opportunity to express our deep gratitude and appreciation to Arvind Sharma. He has worked tirelessly over the past 30 years to build Leo Burnett into one of India’s leading creative agencies and laid down a solid foundation for the agency to progress to the next level. During his tenure, Arvind built a stellar client base that includes blue chip multinational and local clients and nurtured some of the brightest stars within the Indian advertising industry today. Though he remains available for his advice and counsel, we bid farewell to Arvind today, in his official capacity, with our very best wishes and as a dear friend.”

Ziebinski added,” I’d like to thank Arvind for his contribution to our success and close collaboration over the past four years since I arrived in the region. I wish Arvind nothing but the best for his new future.”

Sharma said,” I had a very long and fruitful run as the leader of Leo Burnett in India Subcontinent. As I approached the company-defined age of 58, I would like to start something totally new. I look back at my 30 years at the agency and 21 years of leading it with a great deal of satisfaction.”

The agency was awarded Global Agency of the Year by Leo Burnett Worldwide for 2003 and 2008. In partnerships with its clients, the agency has been recognised creatively across leading award shows globally including Cannes, Clios, D&AD, One Show and London International Awards. Work produced by Leo Burnett India has also run in multiple countries worldwide. Last year, the agency successfully completed the acquisition of digital agency, Indigo Consulting and integrated it into the Leo Burnett Group.

Continued Bernardin, “We are fortunate to have a strong management team on ground in India and equally fortunate in having the bench strength in the region in naming Saurabh to this role. Saurabh’s talent and track record is well-recognised within the network. His combined experience and knowledge of having worked across creative, media and digital agencies is invaluable as we look to elevate the agency to its next stage of development in India, a key market for the network globally. He will have the full support of the global and regional management in his new role.”

Ziebinski said, “In our search for the next generation leader of Leo Burnett India, a strategically important market for us and our clients, Saurabh came up as the best candidate. His deep understanding of India, combined with the international experience he gained over the years is a formula that will allow him to chart a new way forward for the agency and create the growth momentum that we expect in this market. Sauabh’s task will be to curate a Leo Burnett India that is not only in line with the changing dynamics in our industry but also an integrated communications company, digitised and rooted in HumanKind thinking.”

Commenting on his new role, Varma said,” India is home to me, this new role is coming full circle to where it all began. Over the years, I have always kept a keen eye on the developments in India and in some ways, I felt like I have never left. I look forward to coming back with a fresh perspective gained from my time away and bring the best learnings of Leo Burnett network to India. Being a part of the regional team for Asia Pacific has given me a unique perspective and experience of diverse markets across the region and I look forward to bringing this understanding to my new role. Together with the management team, most of whom I already know and have the privilege of working with, we will be focused on driving a positive change for the agency to take it to the next level.”

As chief strategy officer of Leo Burnett Asia Pacific, Varma oversees all heads of strategy and planning directors in the region. His role also sees him playing a key role in the management of regional and global accounts. A post graduate in Communications from Mudra Institute of Communications Ahmedabad (MICA), Varma has 16 years of experience in the business, seven of which were at Leo Burnett based out of Singapore.

His rich experience of working across creative, media and digital agencies have given him the edge to think through the modern construct of a narrative and reflect on the changing communications landscape. Throughout his career, Varma has worked on multiple categories including retail, FMCG, banking and finance, telecom and consumer durables. Some of the brands he has worked on include Indian Oil, Lakme (Unilever), Vicks (P&G), NIVEA, Fosters, Philips, HP, Blackberry, Samsung, Friesland Campina Asia Pacific (Dutch Lady/ Foremost/ Frisian Flag), MCYS and UOB Bank.

Varma spent the first nine years of his career in advertising in India. He began his career with DDB India and within four years of being in the business, he was made head of account management at TBWA India.

In 2013, Varma launched Leo Burnett Institute of Behaviour (LBIB), a Singapore-based consulting, innovation and research division of Leo Burnett Group with Asia-wide remit.
In the last three years Varma has won more than 50 awards including the Effie Gold, the Appies Gold, the Grand Prix for Direct Marketing, the most effective media campaign at Hall of Fame, 2 Gold Lions at Cannes, the Grand Prix at the ADFEST, the Viewers’ Choice Award (Mediacorp) and many more. In 2010, Varma was awarded the 'Strategic Planner of the Year' at the Hall of Fame Awards.

Varma has won more than 100 pitches during his career. Some of them include, IOC, Fosters, Hyundai, Kinetic, Courts, Ministry of Community Development, Youth & Sports (MCYS), Singapore Sports Council (SSC), Ministry of Development Authority (MDA), IKEA, Great Eastern, Samsung, Maxis, Twinings, amongst others. His strength lies in being able to bring life into a strategic process, unearthing societal contexts and creating out of the box briefs.
Varma, presides over the APAC Effectiveness Council and is part of the Leo Burnett’s global HumanKind Counsel. His passion lies in understanding the daily contradictions of life and how brands need to evolve in changing contexts. He loves arguments, especially if they involve the future of agencies, teams and communities. He is an avid reader of myth, archetypes and fantasy. He loves stories, particularly those with a twist.