Leo Burnett Gets Freshly Prepared in New Campaign for McDonald's

The spot, directed by David Kerr, is targeted at those who rise but don't necessarily shine in the mornings 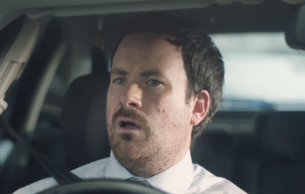 McDonald’s has launched a new TV campaign celebrating the freshness and quality of its breakfasts.

The TV ad, created by Leo Burnett, contrasts the freshly prepared quality of McDonald’s breakfasts with the characteristics of those of us who rise but don’t necessarily shine in the morning times.

The ad shows a sleepy man making an order at a McDonald’s Drive Thru who doesn’t realise he is actually talking to a bin. The end line is: “Our breakfasts are freshly prepared, even if you’re not.”

Thead will launch on TV on Wednesday, 12th October across the UK.