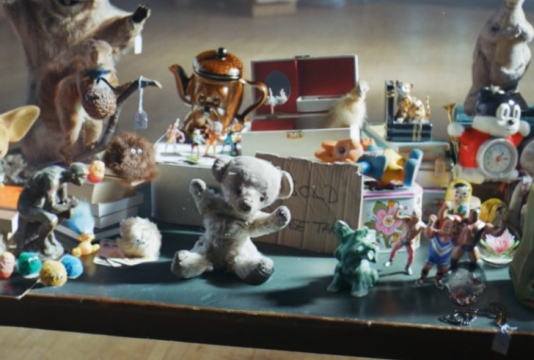 This weekend Freeview is launching the latest instalment of its popular campaign: ‘Entertainment. It’s even better when it’s free.’

The campaign, called ‘Left Behinds’, focuses on the items left behind after a jumble sale; a motley crew of well-used toys, ornaments and stuffed animals who haven’t been given a new home.

As everything is packed up, Ted the Teddy sings Foreigner’s classic, “I Want To Know What Love Is” before the other characters join in for the grand finale. The heart-wrenching performance is witnessed by a gobsmacked man, establishing the central campaign idea that entertainment is even better when it’s free.

Owen Jenkinson, Freeview’s Head of Marketing, said: “This campaign follows our much-loved ‘Tadpoles’ and ‘Cat and Budgie’ ads. We’re introducing new characters but the ad is just as surprising and effective at demonstrating the joy of having free entertainment.

“Indeed, with 95% of the nation’s favourite TV programmes available on Freeview, it encourages consumers to question whether they need to pay for TV when they can get great quality and variety content subscription-free.”

The campaign will be supported with interactive VOD activity across 4OD and ITV Player. Freeview has also created a dedicated web hub which launches along with the ad on 22 November. The hub will feature a game show hosted by Lionel Blair and backstories for each of the toy characters will also be introduced.