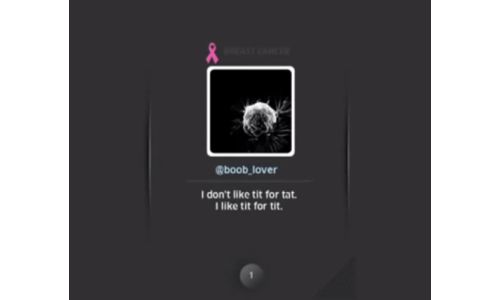 Cancer is hard to ignore - especially if it's following you on Twitter. Leo Burnett Colombia created “Cancer Tweets” for the Colombia’s League against Cancer to raise awareness about the importance of addressing the signs our bodies give us. Seven accounts for the most lethal cancer types (breast, colon, prostate, cervical, lung and stomach) were opened on Twitter. The virtual illnesses then began following thousands of users, sending subtle messages that were initially ignored, but then grew louder and were pushed out in greater quantities.