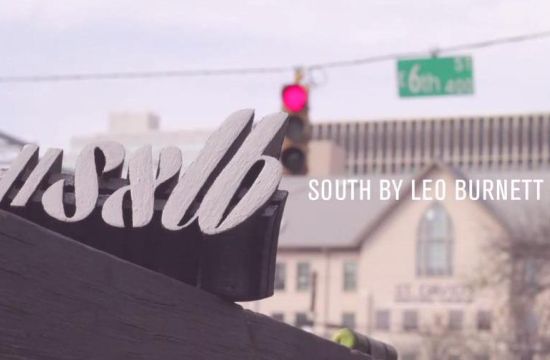 This week, Leo Burnett took over South By Southwest (SXSW) in Austin to host South By Leo Burnett (#SXLB), a video interview series focusing on key trends both inside and outside the industry. The second annual #SXLB series tells the story of SXSW Interactive through the lens of an advertising agency and uncovers the innovations, disruptions, social issues and technologies that will impact the next generation of communications.

As one of the only festivals in the world that celebrates music, film and technology, SXSW has become the launching pad for many groundbreaking ideas that shape the future of the advertising industry. This year, the series features interviews with more than 25 of the most buzzed about technology aficionados, keynote speakers, start-up founders, journalists and academia.

Here’s a sneak preview of what the series uncovered:

The Open Canvas for Grassroots Communications

Henry Jenkins, professor and author of the newly released “Spreadable Media” tells us that "We're moving from an industry dominated by broadcast media and distribution to one that will be increasingly shaped by grassroots communication."

Meanwhile, critically acclaimed media theorist Douglas Rushkoff and author of the soon-to-be-released book, Present Shock: When Everything Happens Now, discusses an evolving culture where time is irrelevant and how this new thinking is shaping a different kind of consumerism.

SXSW boasted a plethora of startups that are changing the social game. Companies like Nuance, a voice recognition startup; Luminate, which helps brands maximize imagery and content through social layering; Percolate, which helps brands sort and curate content to share on Facebook, Twitter and other social channels; CentUp which maximizes our daily digital behaviors for charitable giving; Tout, a new 15-second video sharing platform and Tumblr, the world’s largest web canvas – talked about their respective platforms and predictions for the future of social sharing.

Also, one of the most buzzed about startups at the conference, Leap Motion, which uses gesture-based technology, provided Leo Burnett with a personal demo of their new tool, which will be released in May.

Press and Celebs on SXSW Trends

To round out the series, we got an insider look at trends in technology from the journalists covering SXSW. We caught up with reporters from USA Today, TechCrunch and Forbes to discuss their predictions, trends and surprises at the conference.

And to top things off, #SXLB spoke to former NBA superstar, Shaquille O'Neal about his take on the evolution of social media.

All videos can be viewed at Leo Burnett’s site and #SXLB You Tube channel.