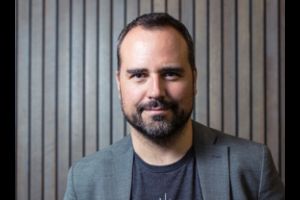 "Kieran is a strong leader with a gift for creating ideas that connect deeply with humans, regardless of medium," said Nolan. "He approaches business issues with creative solutions - not just ads. Kieran is the perfect fit to help us continue our transformation."

Ots will oversee the creative direction for Samsung, one of Leo Burnett's marquee international clients. Ots contributed to the Samsung account in Sydney and will apply his global knowledge of the business to this role.

"Samsung is an incredible brand with a strong sense of purpose, and it plays a huge role in people's lives," said Ots. "Everything they make is as much about people as it is about technology, and fostering that connection is a critical component of our work."

He's known for leading a range of digital projects for the Australian Bureau of Statistics, in which the team was tasked with raising awareness of census data among Australians. The team created a smartphone game, Run That Town, that operated using the country's census figures. Players were tasked with approving or rejecting proposals for their own neighbourhood. The outcome – pleased or displeased residents – would vary based on the postal code in which users were playing, as the game was informed by real demographic data.

Run That Town won Gold at the Cannes Lions International Festival of Creativity in the Creative Data category. Ots was appointed a juror in that same category the following year. The project earned awards from The ONE Show and D&AD, and was featured in Google Creative Sandbox, a gallery of best-in-class advertising creative.

Ots' other clients at Leo Burnett Sydney included Canon, McDonald's and Subaru. In addition to earning accolades for Run That Town, he and his teams have been recognised for their other client work by major award shows such as the Cannes Lions International Festival of Creativity, The ONE Show, D&AD, Adfest, Spikes and the London International Awards.