Doucette was most recently CCO at TAXI Toronto 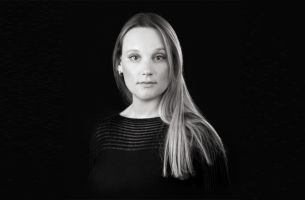 Jordan Doucette was this week named Executive Vice President/Executive Creative Director at Leo Burnett Chicago. Doucette joins the agency from TAXI Toronto, where she worked for more than 10 years, most recently having held the role of chief creative officer. She starts in her new position immediately and will report to Britt Nolan, Chief Creative Officer, Leo Burnett Chicago.

"Jordan is a preeminent leader and her track record is second to none," said Nolan. "She is a modern thinker, known for understanding clients' business challenges and approaching them with creative solutions – not just ads. She is exactly the right leader to help us continue our evolution."

Doucette will be responsible for overseeing the creative product for the Kellogg Company account. She will lead the US work, building on the brands that Leo Burnett helped create more than 50 years ago, and evolving the brands' characters in today's digital world.

"The Kellogg Company is an iconic organisation, and I see incredible opportunities to reinvigorate the love and magic of these brands," said Doucette. "Brands are adapting to today's way of buying and eating food, and smart, thoughtful, strategy-driven creative has never been more important."

Among Doucette's more high-profile accomplishments is having served as a juror at the 2017 Cannes Lions International Festival of Creativity. Similarly demonstrating the calibre of her talent and reputation, since 2011, Doucette has also held juror positions for The One Show, the Effie Awards, the Globe & Mail Young Lions, the Marketing Awards, ADCC and the One Show Young Ones.

While at TAXI, Doucette was responsible for the creative vision and work for the agency's English-language client roster in its Toronto, Vancouver and Montreal offices. Her marquee clients included Pfizer (Centrum, Advil and Robax), Canadian Tire, Mark's, Fido Telecommunications, MINI Cooper, Vancouver Aquarium, BC Hydro and Casino Rama.

Doucette rose from the ranks within TAXI, having originally been hired as a copywriter in 2005. Before serving as chief creative officer, Doucette's roles included executive creative director and general manager of TELUS Telecommunications, which was the agency's largest piece of business. She has additionally held creative roles at Edelman, Grey Worldwide, Gee Jeffrey & Partners and Ambrose Carr.

She and her teams have been recognised by most major award shows, including the Cannes Lions International Festival of Creativity, The One Show, the CLIO Awards and the CASSIES, among others.

Doucette is actively involved in the industry, participating in programs such as the Google WomenWill Program and podcast series and the Cannes See It Be It Panel, and serves on the board of the Advertising and Design Council of Canada, which works to inspire creativity and encourage the highest possible quality of work in the country.