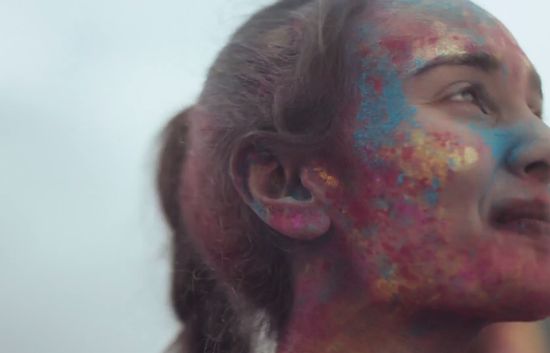 The new Delta Faucet “HappiMess” campaign embraces life’s messy moments. When Delta innovations make getting clean just as beautiful as getting dirty, that’s “HappiMess.” Created by Leo Burnett Chicago, “HappiMess” is about living every day to its messiest. It allows people to see the beauty in the mess and remember that with messes come accomplishments, memories and fun. As a kid, there’s nothing better than digging around the backyard or making a mess in the kitchen getting covered with flour. Or as an adult, getting sweaty after a good run or muddy hike in the woods. Consumers will have the opportunity to share their own messy moments through a Delta #HappiMess social media sweepstakes, which was kicked off August 11. The user-generated content will be aggregated and showcased at delta.com/happimess. The contest will also be supported in a dedicated digital campaign, featuring banners that will play :15 second “HappiMess” vignettes lifted from the main TV spot. The 30-second "Anthem" spot was underscored by “We Belong” by RAC featuring Katie Herzig.