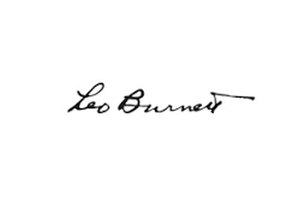 Leo Burnett Chicago appointed two new senior hires in strategy for the agency’s McDonald’s and Kellogg’s accounts. Lance Koenig will manage the U.S. and Global McDonald’s efforts for Leo Burnett and Arc as executive vice president, strategy director. Nic Chidiac will take on the role of senior vice president, strategy director for the US Kellogg’s business.

“Lance and Nic naturally bring a modern mindset to their work,” said Leo Burnett USA Chief Strategy Officer Mick McCabe. “They begin with business strategy, hunt for data that actually matters with built-in tension, think broadly and deliberately about the total brand experience, and they genuinely get excited about helping shape work that's both creatively magnetic and will make a difference to clients.  They represent the profile of strategy at its best today"

Koenig joins Leo Burnett in its Chicago headquarters from Mullen in Boston, where he led the Planning and Analytics group and worked with a range of clients including Jet Blue, Addidas, Royal Caribbean and American Greetings. Prior to his role at Mullen, Koenig held senior leadership positions at Hill Holiday, Bailey Lauerman and Arnold.

Chidiac comes to Leo Burnett Chicago from the agency’s Dubai office, where he was head of strategy for the Gulf Region and a member of the Agency Leadership team. Chidiac has previously worked on some of Leo Burnett’s largest and most awarded global clients, including Samsung, General Motors and McDonald’s. He is a graduate of the London School of Economics and the London Business School.