Co-founder of Holler, James Kirkham, appointed – practice area to be fuelled by the agency 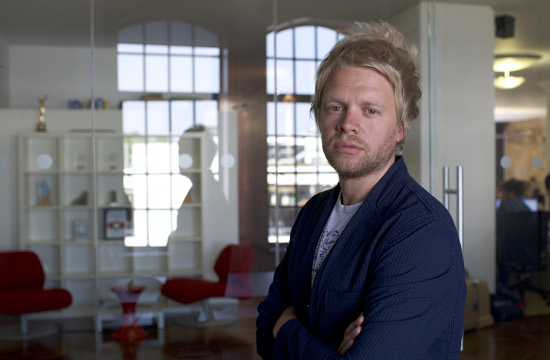 Today, Leo Burnett Worldwide announced the fusion of its global social and mobile capabilities under the leadership of newly appointed Global Head of Social and Mobile, James Kirkham. The practice area will be fueled by Holler, Leo Burnett UK’s digital content and social agency, which was co-founded by Kirkham, Will Pyne in 2001.
The two other Holler directors, the co-founder Pyne and the joint managing partner Simon Hankin, will also assume global roles and work alongside Kirkham to develop the business globally.

To further link and propel the offerings to brands across the globe, the agency also announce a strategic partnership with AdMaxim, an integrated mobile advertising platform.

The new social and mobile practice area will support the agency’s global network and initially have hubs in London, Chicago and Silicon Valley.

“The reality in our world today is that we’re increasingly linked to one another through social media via mobile,” said Tom Bernardin, CEO, Leo Burnett Worldwide. “We’re building out our offerings as we recognize these dynamics and completely acknowledge the interdependencies that exist between them. There’s no hiding from the fact that uniting social and mobile is critical for our network as well as our industry.”

As one of the world’s largest agency networks and part of the Publicis Groupe, Leo Burnett is the global social agency of record for Samsung and provides social and mobile expertise to clients around the globe including Allstate, Coca-Cola, Nike (Japan), McDonald’s, P&G, Sprint and Purina, among others.

“People who separate mobile and social don’t get it. With more than one billion people using their mobile to access the Internet and social apps, it is evident they are no longer mutually exclusive,” said Kirkham. “They are entwined and more powerful for it. So much of advertising is based on three core behaviors – observing, reacting and sharing – which all happens socially, via mobile.”

Holler became part of Leo Burnett Worldwide in July 2012, following its purchase by the Publicis Groupe. Kirkham previously served solely as managing director of Holler, which he co-founded in 2001. In its 12 years, Holler has won numerous interactive marketing and advertising awards for its groundbreaking social marketing campaigns rolled out for clients such as Absolut, Mercedes Benz and Vitamin Water. Kirkham will be based in London and will work with Leo Burnett’s social and mobile employees around the global network.

This is the first part of a global expansion of Holler, who have been a successful acquisition winning clients such as Mercedes and Now TV, since joining Leo Burnett in 2011.

To further link and propel the offerings to brands across the globe, the agency also announced a strategic partnership with AdMaxim, an integrated mobile advertising platform. AdMaxim uses proprietary technology to enable agency teams to create highly engaging mobile content for precision-targeted campaigns, optimized in real-time.

“The ability to connect with consumers through mobile devices is now a priority for many brands,” Kirkham continues. “By partnering with AdMaxim’s technology, it will provide Leo Burnett with the ability to transform how, where and when brands engage with people. Our integrated platform will enable the social and mobile practice to research, create, deliver and optimize precision targeted mobile content.”

Leo Burnett’s social and mobile practice area will work with AdMaxim to conduct research and extract insights on consumer behaviour on mobile devices in order to create impactful and relevant mobile advertising.

“What brands get with social and mobile is scale,” said Bernardin. “And they need an agency that actually has the ability to scale global movements. With Holler and AdMaxim’s leadership and partnership, Leo Burnett has been and will continue to be perfectly poised to do so for its clients large and small.”