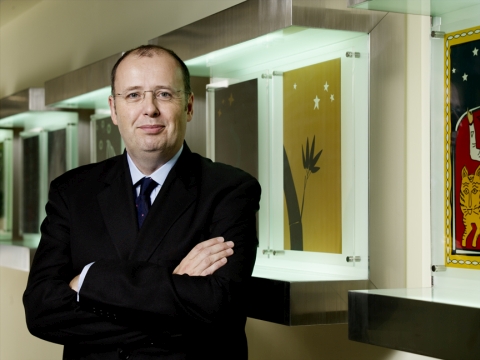 In his new role, Holt will report directly to Ziebinski, with responsibilities to drive the growth and evolvement of retail and shopper marketing capabilities of Leo Burnett across the Asia Pacific region out of his base in Hong Kong.

“The success Simon has achieved for Leo Burnett Greater China over the last ten years is remarkable. This appointment is not only a recognition of his outstanding work; but also reflective of our ongoing commitment to invest and build on retail activation, one of the two areas, apart from digital, that we have identified as key pillars of growth for the network in this part of the world,” said Ziebinski.

Continued Ziebinski, “With Simon’s invaluable knowledge and track record of building and growing retail expertise in Asia Pacific, we are parking our support behind him as a network to drive further growth and greater success for Leo Burnett Asia Pacific in this Speaking about his appointment, Holt said,” Shopper is no longer about creating cardboard in the store – it’s how people move and purchase between online and offline as well as what strategies we can now put in place to maximise our clients’ businesses as consumers go on their various journeys. The evolvement of this function is constant and the possibilities are vast. With the strength of Leo Burnett’s extensive capabilities and integrated model across the entire region, it is a great opportunity to be able to create, lead and drive the path to purchase model that will ultimately lead to successes for our clients’ businesses.”

Holt joined Leo Burnett ten years ago in Hong Kong where he set up the Arc retail network across Asia Pacific, establishing the operations across the breath of the region.

In his role as Director of Retail Activation of the Greater China most recently, his responsibilities include building up and strengthening existing shopper marketing service functions across Hong Kong, Guangzhou, Shanghai, Beijing and Taiwan.

Before joining Leo Burnett, Holt was the Regional Director of Grey Synchronized Partnership. While at Grey, Holt built the Grey’s G2 operation in Asia from scratch out of Malaysia. G2 currently exists in Japan, Korea, China, Hong Kong, Taiwan, Malaysia, Singapore, Indonesia and India. Prior to that, Holt was managing director, Bates 141 Hong Kong, where he worked across a number of high profile accounts, including Heineken, MasterCard, DHL, Hong Kong Bank and Hong Kong Telecom.