Awards and Events 538 Add to collection 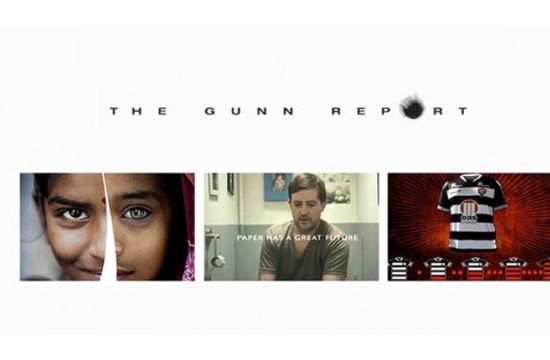 Today, the Gunn Report named Leo Burnett Worldwide the top creative network in its prestigious “All Gunns Blazing” category. The global network has won this honor five out of the past six years.

Outlining the most profoundly innovative and future-facing agencies in the industry, the Gunn Report distills information from 46 regional, local and global competitions covering TV & Cinema, Print, Digital and Integrated work. In the report’s "Most Awarded Agency Networks in the World in 2013” findings, Leo Burnett Worldwide scored its highest-ever points tally, ranking fourth in the world.

“All Gunns Blazing is home to brave, risky and audacious ideas,” said Mark Tutssel, Chief Creative Officer, Leo Burnett Worldwide. “The innovative thinking we see in this category is the future of advertising.”

Several of Leo Burnett’s global offices were also honored on the list. Leo Burnett Tailor Made (Sao Paulo) ranked "No.1 in the World" in the “All Gunns Blazing” category for their inspired Hemoba/Vitoria FC "My Blood is Red & Black" campaign. The agency was also crowned the second “Most Awarded Creative Agency” in Brazil, and eighth in the world. This is the first time Leo Burnett Tailor Made has been named to the Gunn Report’s top ten list.

“The Gunn Report is a world-class, global analysis and ranking system of creative success. Pound for pound, Leo Burnett continues to be the strongest fighter in the ring,” said Tutssel. “With 98 offices globally, we are the smallest agency network in the top five. I couldn’t be more proud of our agency’s performance.”