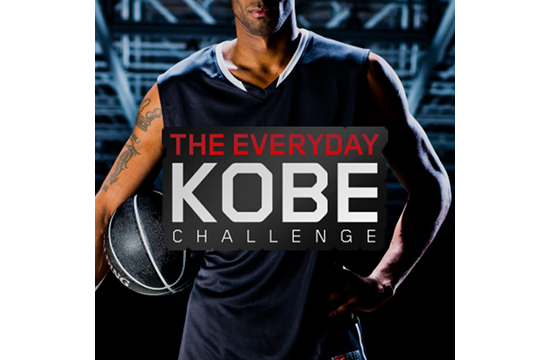 Lenovo is working with global social media agency We Are Social to deliver a campaign to launch the electronic brand’s new K900 smartphone across multiple strategic markets.

The K900 marks the flagship launch of several Lenovo phones to be revealed in later parts of 2013.  The social media activity will look to build brand consideration amongst consumers for the K900, and subsequently on the rest of Lenovo’s smartphone range.

To promote the launch of the K900 and boost the Lenovo’s presence in Malaysia, Thailand, Indonesia and Philippines, Lenovo has partnered with NBA superstar Kobe Bryant to create ‘The Everyday Kobe Challenge’.

Bryant is famous for his power and flair on the court, especially his dramatic 3-point jump shots. Using this as inspiration, Lenovo will challenge people produce an original and creative ‘jump shot’, either from the basketball court or in an everyday situation.

We Are Social has created a Facebook app, hosted on Lenovo’s local market Facebook pages, that allows people to submit their jump shot videos and vote for their favourites, with the most popular jump shot winning a Lenovo K900.

In Vietnam, India, UAE, Saudi Arabia, Russia, Ukraine, Chile, Peru and Serbia, the campaign ‘What’s Your K900 Style’ will promote the launch. The campaign taps into the aspirational nature of the K900, by asking consumers express their style by putting together items/outfits/accessories that would best pair with the K900, encouraging the perception that the smartphone is a must-have accessory. 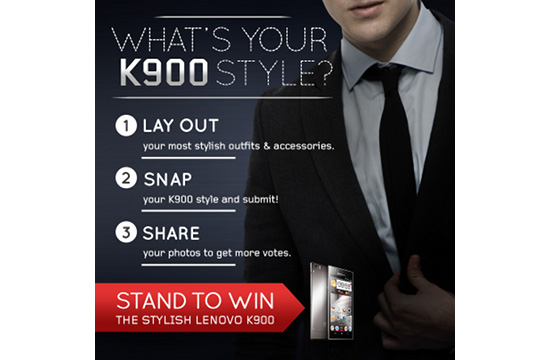 After selecting their K900 ’Lookbook’, fans of Lenovo can upload their photos on to their market’s Facebook page using a ‘What’s Your K900 Style’ app, conceptualised by We Are Social. A voting mechanism will choose the most popular ‘looks’, which will be entered into the running to win a K900 smartphone.

Rod Strother, Director, Digital and Social Centre of Excellence, Lenovo said: “Part of the reason we chose to work with We Are Social as our retained agency is their depth of experience and understanding of the diversity of local markets around the world, which is essential for campaigns of this scale. These campaigns really reflect the personality and style of the K900, positioning the launch perfectly amongst our target audience.”

Simon Kemp, managing director, We Are Social Singapore said: “The K900 is a key product launch for Lenovo, so it was important that the creative ideas behind the campaigns were truly reflective of the K900’s dynamic features and positioning in the smartphone market.”

The links to the campaign apps are as follows: