Leland Music's 8 Most Anticipated Releases of 2016 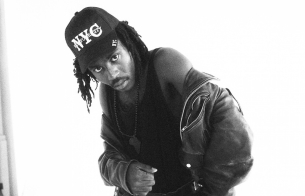 2016 has proved a busy year already for new music. With releases coming thick and fast, the new Chairlift, HINDS, Suede and Anderson & Paak are among many albums racking up streams on the Leland Music office radio. We’re nonetheless ready for many more, and so this is a list of our most anticipated releases of 2016.

Blood Orange (AKA Dev Hynes) is a master of many guises and skills. Formerly of the dance-punk band, Test Icicles, and the man behind Lightspeed Champion, Hynes has also previously collaborated with the likes of Florence + The Machine, Sky Ferreira, Foals and Solange Knowles. Adopting the name Blood Orange in 2009, his most recent album was 2013’s Cupid Deluxe, an 80s/90s-infused triumph of R&B and electronica.

“Sandra’s Smile”, the first track from Blood Orange’s forthcoming album, shows a return to R&B, in the form of a powerful tribute to Sandra Bland, an African-American woman who died whilst in police custody in July 2015. In regards to the title of the track, Hynes’ stated in an interview with Ezra Koenig on Beats 1 last year,: “It’s called “Sandra’s Smile” because every photo I saw of her not in prison was of her smiling…I really wanted to highlight that, this really positive memory of her.”

As we know, PJ Harvey spent the beginning of 2015 in-residence at Somerset House, sharing her studio process with the world through the Artangel collaboration Recording In Progress. We’ve heard the first track produced during this installation, 'The Wheel', and like a wheel, the song is relentless and driving in style. It paints a picture of children in conflict-torn countries, in particular Kosovo.

Seamus Murphy, Harvey’s collaborator and director of the song’s promo video, said in an interview with Noisey, “The song ‘The Wheel’ has the journey to Kosovo at its centre”, but he also states that the video is a comment about the recent European refugee crisis. “It was happening in and through territories associated with recent conflicts in Kosovo and the wider Balkans. The idea of cycles, wheels and repetition once again being all too apparent and necessary to make.”

We’re looking forward to more of Harvey’s characteristic storytelling with the rest of the album, influenced by Harvey and Murphy’s journeys to Kosovo, Afghanistan and Washington, D.C.

Lafawndah (AKA Yasmin Dubois), is an Egyptian-Iranian artist, currently living in New York. Raised in Paris and having lived in diverse cities like Tehran, New York and Mexico City, her music is as eclectic as the places she’s called home.

Signing with Warp last year, she’s since released “Tan” and “Town Crier”, tracks that will appear on her forthcoming EP. Both songs are experimental in nature, with industrial clangs and up-close rhythmic pulses. And yet her obvious songwriting finesse ensures her music remains accessible and even danceable.

“I want songs to start with intimacy and then as you listen you begin to understand there is more at play,” Lafawndah said in an interview with the Guardian recently, “I never want you to be not moving when you’re listening to my music. I want to control your body.”

This next one appears on pretty much every 2016 list we’ve seen and, to be honest, if Frank Ocean doesn’t announce the release of his new album soon the internet may just implode. But we imagine it must be quite a daunting task putting together a follow-up to his 2012’s Grammy award-winning Channel Orange.

The album was critically acclaimed, and for good reason: it was original, refreshing and fantastical, seeming to pull influences from all directions. The beautifully produced slow-jam, “Thinkin Bout You”, and laid-back excess of “Super Rich Kids”, made us all long for an LA summer beside the pool.

What little we have heard about Ocean’s next offering is that we can expect collaborations with Pharrell, Danger Mouse, Hit-Boy, Tyler The Creator and Rodney Jerkins. Frank, we’re gonna level with you: we’re at our wit’s end with this winter, so you’d better deliver us something transportational. No pressure.

AURORA - All My Demons Greeting Me As A Friend (Decca/Glassnote)

We at Leland have a soft spot for this Norwegian star, having worked with her recently for 2015’s John Lewis Christmas song, “Half The World Away”. A true character, Aurora Aksnes started early, writing songs from age ten, and her career has been blossoming steadily ever since.

But it was her debut EP, Running with the Wolves, that propelled her to the international stage. The single of the same name was played extensively on Radio 1, Radio 2 and 6 Music, and not long after, both The Independent and The Guardian declared her “one to watch”.

AURORA’s new single,“Conqueror”, released on the 15th of January, showcases the artist’s continuing growth, featuring a distinctly upbeat and uplifting feel, and infectious chorus. But we don’t think she’s left her quirkiness and songwriting complexity behind her, as she doesn’t seem afraid of standing out from the crowd: in an article by Interview Magazine, Aksnes stated, ”I understand that people find me a bit strange, but I don't think about it that much.”

Towards the end of 2015 there were rumours circulating about an LCDSoundsystem reunion. The band’s label, DFA, stated at the time that these rumours were false but as a special Christmas present, the band gifted us the wonderfully pessimistic “Christmas Will Break Your Heart” on the 25th, a refreshing antidote to the usual Christmas playlist fare. And lo and behold, in January of this year it was confirmed that there was indeed a comeback on the cards.

James Murphy, the lead singer and songwriter of LCD, wrote about his and the band’s experience wrestling with the idea of a new album and tour, on his blog: “So i asked pat and nancy to come over to my apartment for coffee and told them: “I’m going to record some music. should I make up a band name, or make a “James Murphy” record, or should it be LCD?”we all thought a good amount about it.”

The band intend to throw themselves entirely into the experience and are planning to tour extensively,with dates including the 2016 Roskilde Festival. Murphy confirmed, “We’re not just playing Coachella. we’re playing all over. We’re not just having some reunion tour.”

Will they live up totheir former glory? We’ll have to wait and see.

We don’t yet have confirmed details, but we’re very much looking forward to some new work from Brooklyn-based Tei Shi. Her last EP, 2015’s Verde, is at times a dreamy, electronic landscape, and at others distinctly punctuated, with the driving and uplifting “Bassically” and the head-nodder “Go Slow”. All the time Tei Shi’s voice is bedded in a warm reverb, giving the songs an absorbing and ethereal quality.

We know that Grimes is a fan: she stated on Twitter, “Bassically by @TeiShi must be one of the best songs of 2050, and she is playing a demon in my next music video.” Sure enough, Tei Shi features in Grimes’ new promo for “Kill V. Maim”.

There’s been a lot of hype surrounding London-based Dua Lipa, and rightly so: She seems to have all the makings of a rising pop star.

Born in London to Kosovo-Albanian parents, Lipa started exploring her performance abilities early, attending the Sylvia Young Theatre School in London. But at the age of thirteen Lipa’s parents migrated back to Kosovo, taking her with them. “My dad was working there—and then when I was 15, I was like, “Yo, there’s nothing here for me I want to move back". And I was like, "I want to do music.”

Securing a record deal with Warner Music and sharing management with Lana Del Rey, Dua Lipa has quickly found herself in good company. For her first singles she worked with producers Andrew Wyatt (Miike Snow) and Emile Haynie, and the result was the smoky “New Love”, and pop hit, “Be The One”.

Codie Childs is Senior Music Researcher at Leland Music. Find out more about their work at lelandmusic.co.uk. 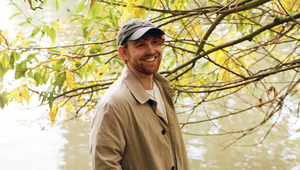 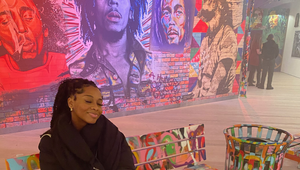 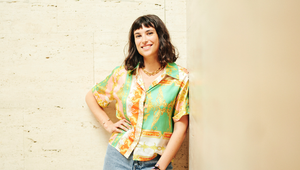 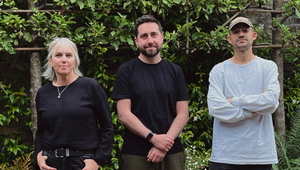 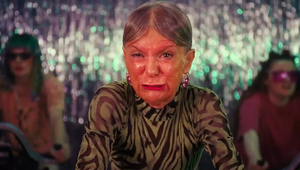 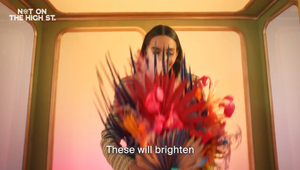 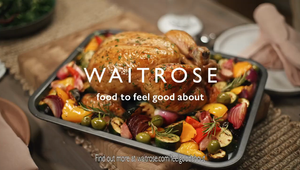 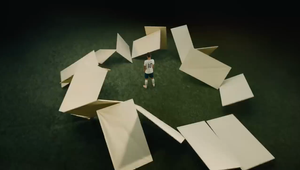