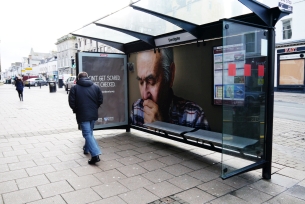 A ‘coughing’ bus shelter will target Scottish residents to raise awareness for the signs and symptoms of lung cancer.

The innovative campaign, created by Leith and planned by Carat Scotland and Posterscope as part of a wider Scottish Government programme, will run for a fortnight across two locations, Glasgow’s Buchanan Bus Station and The Sandgate in Ayr town Centre, on two special build poster sites, from out-of-home expert Primesight.

Passengers waiting at the bus shelter and Station will hear intermittent 30-second audio of a man coughing before a woman’s voice recommends visiting the GP if he, or anyone he knows, has been suffering from a cough for three or more weeks. The creative also includes an image of a man coughing with the strapline ‘Don’t get scared, get checked’ to further reinforce the important health message. 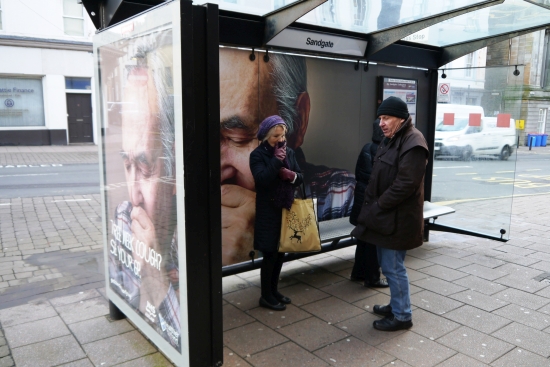 Primesight’s bus shelter panels provide an opportunity to explain the potential significance of a cough to locals when they least expect it, while their central location and selection using Route audience targeting means the campaign will reach the maximum volume of its C2DE audience. Recent statistics have found that early diagnosis of lung cancer among Scots means they are almost 20 times more likely to experience a full recovery.

Martin McGinnis, Business Director at Primesight, said: “We are very proud to be part of this valuable campaign and the continued fight against cancer. While cases are on the decline, this campaign will increase people’s awareness of the crucial early signs – which are all-too-often overlooked as something more minor.”

Rachael Coombs, Client Manager at Posterscope Manchester, commented: “This is a great example of OOH bringing the creative message to life and creating engagement with the passing audience.”

Though there are now 1,300 more survivors of lung cancer a year in Scotland than 25 years ago, it remains one of the country’s most common forms of cancer. The Scottish Government’s broader Detect Cancer Early initiative, launched in February 2012, aims to improve survival for people with cancer by achieving early diagnosis.