Campaign takes a cheeky approach to littering for Greener Scotland 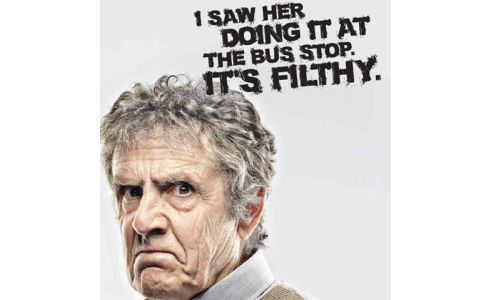 We all have our wee flaws – leaving the seat up, a penchant for Pot Noodles, even liking One Direction. But some dirty little secrets take some beating. Like the ones in Leith's latest campaign for Greener Scotland.

Featuring ‘no holds barred’ interviews with two characters – shocked mum Janice and outraged girl Nicole – the campaign exposes the shame of Scotland’s dirtiest little secret of all…littering. Not to be confused of course with considerably more, ahem… risqué activities!

The campaign is running across online, cinema, TV, outdoor and all social media channels including Spotify and primarily targeted at 16-24 year olds. There’s even an interactive booth that will be touring the country to encourage them to share their dirty little secrets.

With some ad-libbed performances from authentic lead actors, Leith feels  confident that they can take this filthy problem in hand. But joking aside, there’s a solid strategy at the heart of the idea. Research shows that while many people have no qualms about dropping litter ‘on the sly’, in their hearts they know it’s wrong.

Plus the fact is, littering really is rubbish. Not only does it make the streets look messy, it costs a lot of public money (£53m every year) to clean it up. Plus now, if you get caught littering, you’re in line for an £80 penalty charge. It’s just not worth it. And if there are no bins? Well, simply heed Janice’s advice…