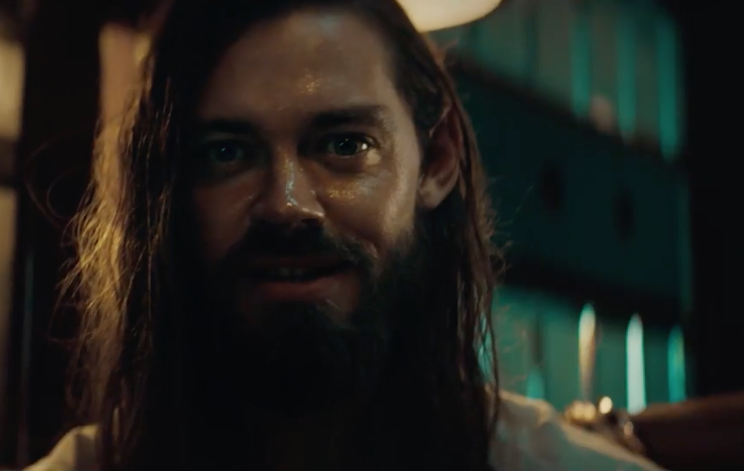 The Kraken Black Spiced Rum today announced its most ambitious advertising campaign to date: a cinematic, epic encounter with the titular beast of legend, recounted in tavern tall-tale glory by Tom Payne of The Walking Dead.

The new campaign, created by advertising agency Technology, Humans, and Taste (THAT) capitalises on the cultural appetite for epic storytelling and is aimed squarely at the brand’s longtime audience of comic book, video game, sci-fi, fantasy, and superhero fandom. In a spot produced with the cinematic flare of a summer blockbuster or cult TV series, The Kraken, the anti-hero brand that shatters typical spirits stereotypes, has gone the extra mile to prove its destructive beast is real.

The ad will run August 20 - October 31, and the episodic breakdown will leave fans yearning for the next epic tale.

The campaign launches with a 30 second television spot that captures the timeless art of bar time storytelling. The scene opens in a dimly lit bar, but as Payne’s story unfolds, the audience is transported into a weathered, shadowy atmosphere reminiscent of old maritime haunts. Swinging lamps cast eerie shadows, and seltzer sprays like seafoam as our hero enthralls bar patrons with the epic tale of his dramatic encounter with The Kraken.

The spot, directed by Jared Knecht (adidas), with award winning cinematographer Bjørn Charpentier (Nike, Jeep, Guinness), asks the viewer about their own stories, setting the stage for more memorable tales about epic nights and encounters with The Kraken. This larger campaign cleverly flips the script back to the viewer, and will run across FXX, Comedy Central, BBC America, IFC, and SYFY, during popular shows such as It’s Always Sunny in Philadelphia, The Simpsons, Doctor Who, and more. The campaign will also feature tastings and fan appreciation activities at live gatherings to celebrate epic storytelling, including Big Adventure Music Festival and Turner E-League competitions.

“Since we first introduced The Kraken Rum years ago, the dark mystery of the character – and the rum – struck a particular chord with passionate fans of sci-fi and fantasy. That sets a high bar, because we’re in a golden age of storytelling and this audience has unfettered access to fantastic, cinematic stories in comics, on TV, at the movies, and on their video game consoles,” said Michelle Yukhtman, Senior Brand Manager for The Kraken Rum at Proximo Spirits, Inc. “They are true believers of The Kraken and we had to deliver an immersive experience on par with all of these other entertainment choices, to finally tell the story of a real-life encounter. It’s hard to beat the cinematic approach of an epic television ad, and Tom Payne really dove into this role.”

“Our goal when we created the ad campaign was to evolve the brand creatively and strategically. The Kraken celebrated a story that was told at bars by sailors a long time ago, and we wanted it to be about stories that are told at bars today by everyone; to make the consumer part of the story at every touch point. So, we made the Kraken real. In the spot Tom Payne shows us what that looks like in a modern world, and encourages the consumer to spill their own sea-worthy tale,” said Nathan Phillips, Creative/Managing Partner at THAT. “Although I don’t get to cast people directly from my imagination, Tom Payne is the perfect choice for this ad. It requires such a performance and his hair looks seriously amazing when it’s wet. The fans of this brand are passionate, and committed, so we’re not just inviting them to drink black spiced rum, we’re showing them what happens when you drink the ink of The Kraken itself.”

Viewers who feel inspired to share their own story after watching the spot are encouraged to join The Kraken Rum exclusive membership program, the League of Darkness, where fans show their commitment to the heinous beast. This exclusive club offers its members discounts and special privileges.