'InspirADCion' documentaries to launch at ADC Festival of Art + Craft 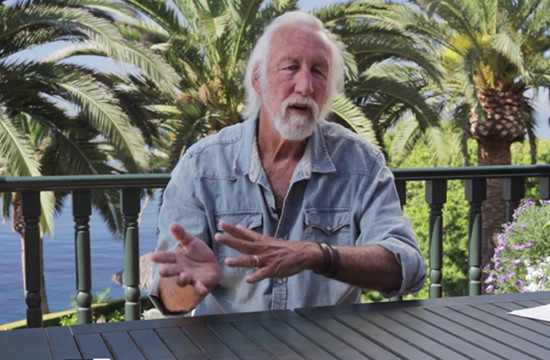 ADC announced yesterday the premiere of “InspirADCion,” a short documentary film series highlighting the stories of legendary creative icons. The first film in the series features advertising legend Lee Clow, an ADC Hall of Fame recipient and current Chairman of TBWA\Media Arts Lab and Director Media Arts, TBWA Worldwide. It will premiere at the ADC Festival of Art + Craft in Advertising and Design in Miami Beach on April 8.

The documentary series produced and created by AAF Hall of Famer Rick Boyko will feature some of the most successful creative people in the world, including design icon Ivan Chermayeff and prestigious architect Clive Wilkinson. Throughout the series, these creative icons will discuss details about their personal careers and lives, and the things that inspired them to do what they do.

“Lee’s incredible lifetime achievements have impacted just about everyone in the industry,” Ignacio Oreamuno, ADC executive director, said. “This documentary will show a side of Lee people rarely have the opportunity to see and give viewers an up-close look as he shares very personal memories about the beginning of his career, as well as the things that shaped him into who he is today,” Ignacio added.

Sponsored by TBWA Worldwide, the Lee Clow documentary was directed by Conor Schillen of ADC, produced and created by Rick Boyko, edited by Aaron Tompkins from Rock Paper Scissors, with music production by Apollo Studios, and animated introduction created by Umbrella Productions.

“Sharing Lee’s story on screen and giving an insight into some of the influences behind his incredible career is a great experience for us all. Hopefully it will be a source of inspiration and education for many other creatives – aspiring and veterans alike,” Marianne Stefanowicz, Worldwide Communications Director, TBWA Worldwide, said.

After premiering at the ADC Festival in April, the documentary will be screened in London, Los Angeles and New York, and will also accompany this year’s ADC Traveling Exhibit which is composed of all the winning work of this year’s ADC 93rd Annual Awards.