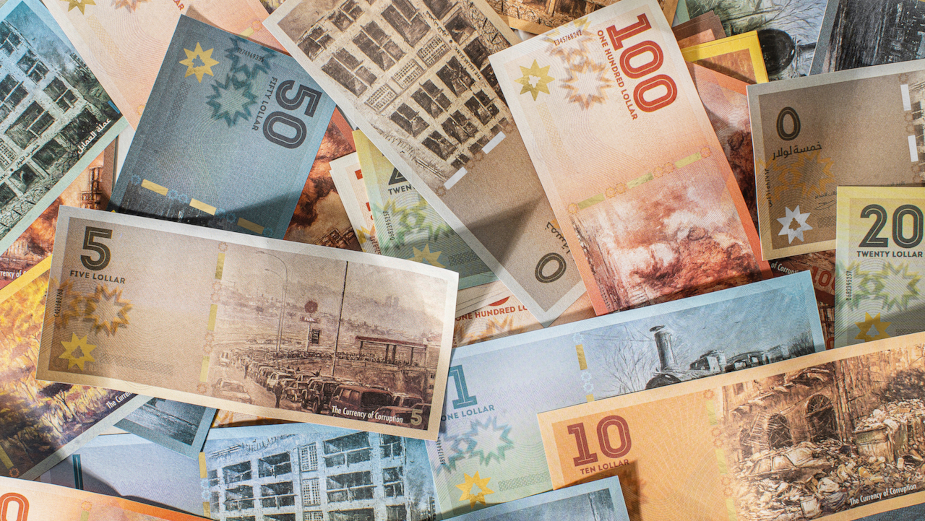 The Lebanese Transparency Association – No Corruption is rolling out a new currency in Lebanon called the Lollar – Currency of Corruption.

Created by Leo Burnett, part of Publicis Groupe Middle East, the ‘Lollar – Currency of Corruption’ campaign is an act of protest against Lebanon’s crippling economic crisis, which has seen the Lebanese lira lose more than 90% of its value since 2019. The mock currency raises awareness of the fact that millions of American dollars deposited with Lebanese banks can now only be withdrawn in local currency, making them as worthless as ‘lollars’ (Lebanese dollars) – a term coined in 2019 by financial expert Dan Azzi.

The Lebanese Transparency Association – No Corruption and Leo Burnett have produced six paper bills, which can be withdrawn from custom-made ATMs located across Beirut or printed directly via The Currency of Corruption microsite. Each Lollar bill represents the crises that have impacted Lebanese citizens over the past three years with corruption impacting transportation, environment, electricity, port and fire management. The 100 Lollar bill depicts the devastating Beirut blast of August 2020; the 50 Lollar bill depicts an energy management crisis that is keeping lights off across Lebanon; the 10 Lollar bill depicts an environmental disaster caused by mountains of landfill and toxic waste.

“This could not have come to life the way it has without our Power of One strategy and our creativity without borders philosophy that Publicis Groupe established long ago,” says Mohammed Bahmishan, chief creative officer at Publicis Communications.

On 13th May, the Lebanese Transparency Association – No Corruption is calling on citizens to pay government bills using the ‘Lollar – Currency of Corruption’ in the lead up to the Lebanese general elections on 15th May, 2022.

Leo Burnett partnered with renowned British artist Tom Young to design the Lollar bills. Based between London and Beirut, Young often depicts challenging events in his artworks to show resilience in the face of adversity. 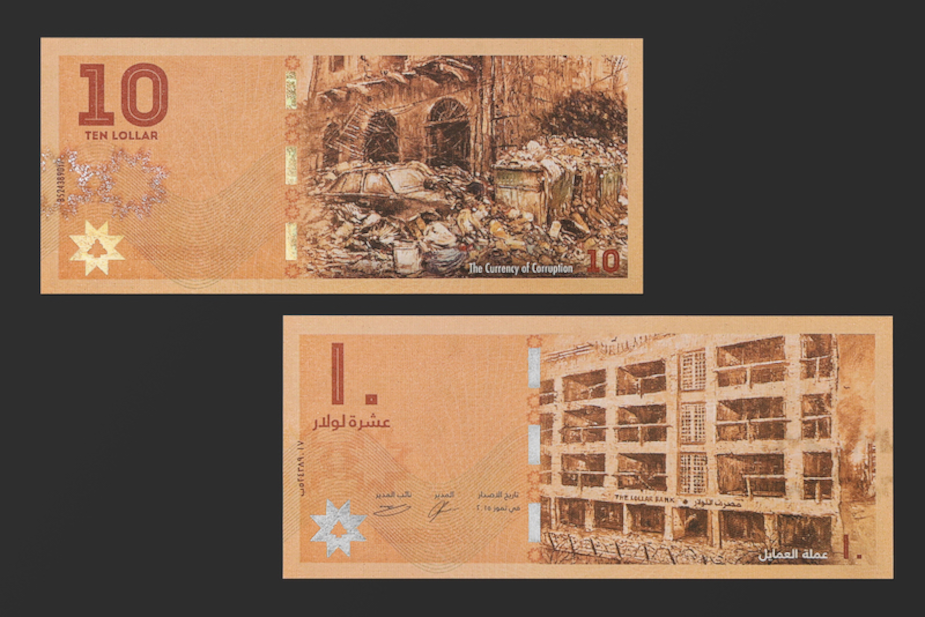 Mohamed Sehly, executive creative director at Leo Burnett, explains: “‘We made sure to collaborate and partner with the right artist to ensure the best representation of such an insightful subject when designing and crafting each Lollar bill.”

“The Lollar isn’t a real currency, it’s the currency of corruption,” adds Nada Abisaleh, Leo Burnett Beirut’s managing director. “It symbolises the negligence, deals, bribes and corruption that have contributed to creating the biggest Ponzi scheme of modern times. By advocating for a ‘Pay with Lollar Day’, we wanted to send a powerful message that we, the people of Lebanon, are #NotPayingthePrice of their corruption.”

The Lebanese Transparency Association Transparency – No Corruption was established in 1999. It aims to promote the principles of transparency and accountability, establishing the rule of law and respecting the fundamental rights inaugurated in international laws and the Lebanese Constitution.