Leave Your Ideas at the Door

The Influencers 202 Add to collection

INFLUENCER: Caswell Coggins, director at Another Film Company, on how learning to act has helped him direct 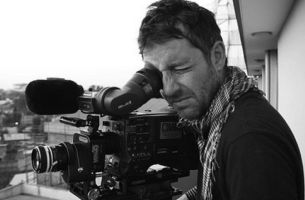 I’ve always been fascinated by actors and wanted to better understand how they master their craft.  Not only would this help me direct them in commercials but it would, I suspected, also serve me in my ambition to direct drama.

A cold January morning found me standing outside a doorway in Warren Street. I almost turned back. I'd be the only non-actor in the room and I’d look ridiculous. Despite my fears I forced myself through the door and down towards two small acting studios. It was nothing like I'd imagined a drama school would look like and I was to find out that this was very much the point. I was nervous but what was the worst that could happen......?!

Sanford Meisner’s ‘living truthfully under an imaginary circumstance’, is the foundation of the school’s training with Repetition being the first building block. Two partners stand opposite one another. You observe something about your partner, something real, e.g "Your eyes are blue". Your partner responds, "My eyes are blue". This continues until something happens to make you instinctively move to the next thing, e.g "I like your eyes" and so on. Take into account it’s 10 o’clock in the morning and starring into a stranger’s eyes can feel a little awkward!

Despite the discomfort of such immediate exposure, I was hooked and the biggest draw was the proposition of truthfulness. "Untruths, that's what we experience in the real world" Simon would tell us. “That’s what we do out there. Leave it out there; leave your ideas at the door, they’re no use to you in here. This is where we can play, be truthful. Just put your attention on your partner and don’t do anything until they do something to make you do it”.

One week became one year, a year full of experience. Traipsing out the house, arms laden with goods appropriated to create mini sets on stage, was to become a running joke with my wife.  What was once a sharp questioning "Why are you taking the iron and the lamp out of the house?" later mellowed to a resigned smile and a shake of the head as I struggled through the door with yet more stuff.  In fact it’s amazing how little one needs to tell a visual story. A couple of filing trays, a phone, a picture of your family on the desk, is all it takes to create an office scene (within four plain walls and with two actors being truthful).  Increasingly, I realised just how much attention we lavish on how beautiful our sets or locations are, what camera, lenses, styling and yet for the most part, without the people being real in the midst of all of that, we may as well have nothing. That’s not to say those things aren’t fantastically important, dependant on the project, of course! The audience in the end will believe anything if and only if they believe the behaviour of the human beings at the heart of it. “An ounce of behaviour is worth a pound of words” (Meisner).

It’s exhausting putting yourself out there but it’s harder to resist.  At times The Actors’ Temple felt relentless. At times I felt very uncomfortable. Sometimes, early on, I questioned what I was doing, particularly when Simon’s teaching felt a little unforgiving. He feels his craft deeply and he demands that you respect it in the same way. I had no choice but to keep coming back. It felt that the only way out was in and, once I accepted that, that's when I really began to enjoy it.

It takes a lot of guts to commit truthfully to anything. The actor walks out in front of an audience or onto a set and it all changes. I don't care how experienced, I defy them to do that without a degree of trepidation. The day they don’t feel that, I’m sure is the time for them to do something else. Let's be clear, acting is a job and a really hard one at that.

For an audience to fully believe them, actors have to go deep inside themselves. In this process, if they are truthful, they are going to discover things about themselves that they have suppressed. By resisting a truth, by trying to act on top of an emotion, you get stuck, even paralysed. “There's no such thing as a bad audience”, Simon reminded us. “Don't look at what the audience isn't doing. Look at yourself and what you’re not doing to make them do something”.

In the end, if I'm honest, there was truly only one moment when I actually thought I understood what it was to be an actor. In that moment I also understood why becoming a good actor takes so much time, courage and dedication. A year’s training for those ten minutes - but what a ten minutes they were!

I have a newfound, deeply felt respect for actors. I know that I can take this experience into my future as a director and I am sure that it will help me work with actors in a truly sympathetic and honest way.