Learning from the Masters: What Leonardo da Vinci and Co. Can Teach Creative Businesses 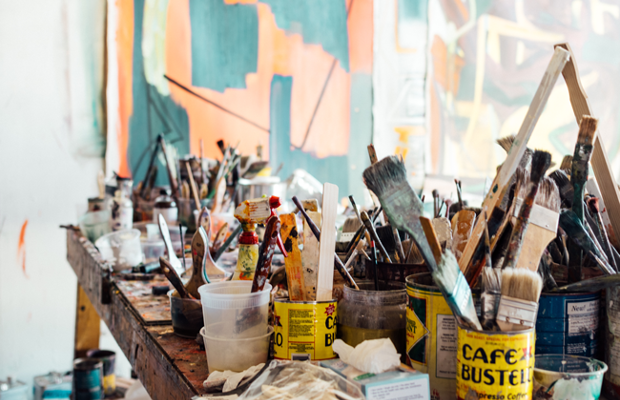 2019 marks five hundred years since the death of one of the world's most creative, innovative thinkers, Leonardo Da Vinci. Perhaps best known as the painter behind the Mona Lisa and The Last Supper. Undeniably great works, but it was his quest for understanding the world around him and his unique way of looking at it which made him special. This, coupled with his artistic skills and an ability to mix ideas from the fields of engineering and science, is what enabled Leonardo to challenge many of the conventions of the time. From artistic inspiration to innovation, there is so much we can all learn from him, and from the world of fine art as a whole.
In the run up to next week’s international festival of creativity in Cannes, I wanted to share five aspects of artistic creativity that I believe are also important pillars of any innovative, creative business today. Times may change, and the march of technology may be relentless, but there remain a number of artistic traits we should all seek to recreate in our own quest for creativity and innovation.

1. The art of seeing

It’s almost cliché to highlight the importance of expressing ideas visually in an article about art and advertising. But as the late art critic John Berger identified, “Seeing comes before words, the child looks and recognises before it can speak”. It’s how we connect with the world in the purest sense, the eyes are a window to the soul and probably a creative’s greatest asset.
Both John and Leonardo understood the importance of ‘seeing' and honed this skill to observe so much more, to find new perspectives in the everyday and not just assume or accept what is simply there.
The ‘art of seeing’ is an important part of any creative process, especially art and advertising. It's this diligent observation that unlocks an original perspective, be it a still life or a beer commercial.

The ability and desire to continually learn is at the heart of innovation thinking. During their education, fine arts students find a significant emphasis is placed on unstructured time spent in the studio, where learning is essentially a process of discovery, aided by peers and experts. But learning isn’t simply reserved for school, Da Vinci was a lifetime student. This constant desire to understand is important for all creatives. One of the best things about working in advertising is the diversity of clients and brands that you get to work with. Not many jobs allow you to become an expert in whisky, long-distance running, fashion, tech, cars, history and cats’ dietary requirements; the possibilities are endless. And the best work always comes from the greatest understanding.

An ‘art practice’ is an artist’s process of development, a continued exploration into themes and ideas that concern them and in which they are constantly critical of the work and the world around it. I don’t think we do enough of that in advertising. During my Masters at Goldsmiths we would regularly critique each other’s work. It was the most horrific part of the course but by far the most valuable. In each crit the artist would show their work and retire to the back of the room. For the next two hours the work would be subjected to critique from other artists. There were many tears - art students don’t pull any punches. But when the bruises healed and you could reflect back, the analysis was usually correct. Issues were identified that you yourself perhaps couldn’t see and now could be modified to make the work better. This process is incredibly effective and as in any creative review the more you realise the critique is just about the work and not you personally, the more chance you’ll have of making the work better.

Artists openly draw inspiration from other artists all the time. In a sense, every piece of art is an evolution of the work of others who came before. Similarly, most innovations are evolutionary changes to existing methods, uses, or needs, which are made better by one or more contributing inventions. As Salvador Dali said, “Those who do not want to imitate anything, produce nothing,” so it’s vital that we view imitation less as a product of mindless repetition and instead more as the result of an intelligent search for cause and effect.
Pablo Picasso supposedly said, “Good artists copy, great artists steal.” This is often misunderstood as giving a green light to plagiarism but what Picasso meant is that rather than simply copying an idea, we should take from it, be inspired by it and improve on it. During my first job, the director and ex creative director Juan Cabral reassured me, “It’s ok to take other people’s ideas, just make sure you make them much, much better”.

I can’t remember who said it, Samuel Beckett? Or was it Dan Wieden? Anyway, allowing yourself to ‘embrace failure’ is incredibly liberating. Leonardo in particular sketched hundreds of inventions, the majority of which never could have worked. And that’s why failing is an important part of the creative process. It allows things to get moving and allows us to get making without fear. We don’t learn from our successes; we learn when we get it wrong.
Importantly, artists can teach businesses that creativity is a skill and not a talent. It’s something you can develop, but you have to practice it. It’s about creating a space where it’s safe to experiment, where you’re able to be critical and take criticism. All you have to do now is do as Leonardo did, open your eyes, take it all in and create something like never before. Simple.
Dave Day is executive creative director at Crispin Porter Bogusky London. He recently completed his Masters in Fine Art at Goldsmiths, while juggling the day job.
view more - Trends and Insight